I don't see budget-conscious gamers opting for this high-end monitor, even after considering its top-of-the-line features

The new Odyssey Neo G9 is a 49-inch behemoth with a 32:9 aspect ratio that offers Dual Quad High-Definition resolution of 5,120 x 1440 pixels. The monitor is up for pre-order for $2,499.99 USD (roughly $3,137.22 CAD) in the United States and is expected to release in Canada later this year. Let’s analyze if this pricy monitor is worth purchasing.

So, why is the monitor so expensive? The Mini LED display is the main reason behind the price. Only the most high-end Samsung and TCL TVs, as well as the newest Apple iPad Pro from 2021, feature Mini LED technology. Because mini LEDs support local dimming, the pixels can display deep and dark blacks while also pushing out high brightness (2,000 nits), making HDR content pop even more.

The monitor has a 240Hz refresh rate and a 1ms reaction time, making it an excellent gaming monitor.

Further, to avoid choppiness and to provide a stutter-free experience during gameplay, the Odyssey Neo G9 supports both, Nvidia G-Sync and AMD FreeSync Premium Pro, giving you an edge over traditional monitors.

The monitor has a glossy white exterior with a central RGB ring light, similar to the Samsung Odyssey G9 from last year. The “infinity core lighting system” will have 52 colour selections and five lighting effects (See image below for reference). The Neo G9 also boasts a CoreSync technology that can sync the monitor’s rear-facing light with what’s going on in-game for a more immersive experience. 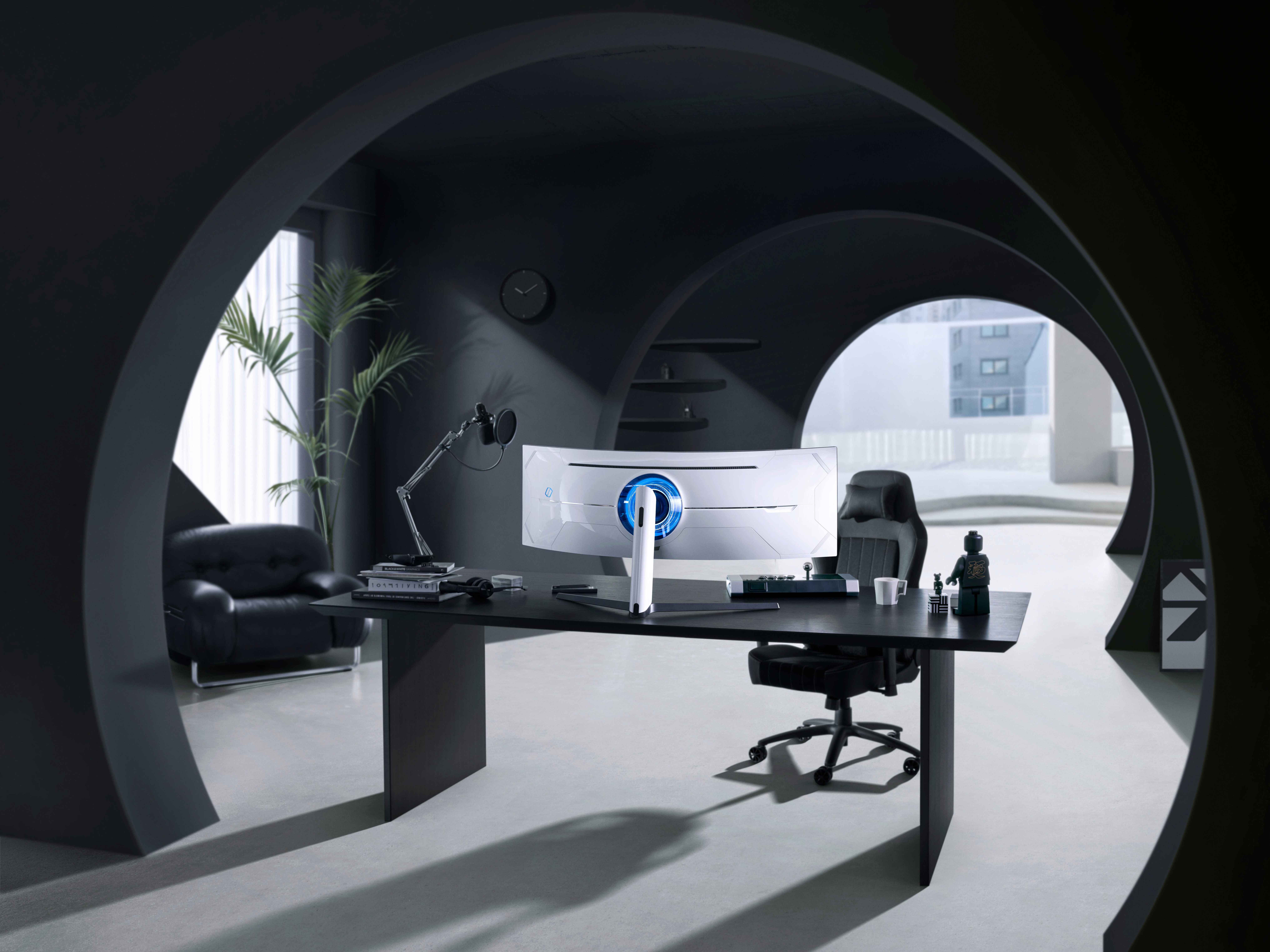 While the monitor looks great on paper, I don’t see budget-conscious gamers opting for the high-end Odyssey Neo G9, even after considering its top-of-the-line features.

We’ll have more information about the Samsung Odyssey Neo G9 once it is released in Canada.