Returning to Sucker Punch's rendition of feudal era Japan has been a wonderful, relaxing experience

I know what you’re probably thinking — a Ghost of Tsushima Director’s Cut review now? The game came out a month ago!

Well, it comes down to a combination of a much-needed getaway to B.C., a slew of announcements in both the video game and broader tech space and a ton of quality new games have been released. (Not to mention all of the movies and shows I still want to watch, my on-and-off-again relationship with the gym and more.)

All of that’s been somewhat overwhelming, so naturally, I wanted a bit of a break from it. That’s where Sucker Punch’s Ghost of Tsushima Director’s Cut came in.

Sure, I knew what I was going to get out of it. As an enhanced PS5 version of an excellent PS4 game from last year with a solid chunk of new story content, there weren’t too many surprises in store with it.

And that’s precisely why it’s been so appealing. It’s the epitome of comfort food — something I can get into casually a couple of hours here and there without a significant commitment. But it’s not just lovably familiar if you’ve played Ghost of Tsushima before — it’s an open-world action-adventure game in the vein of the recent Assassin’s Creeds, albeit with a splendid Japanese aesthetic.

Riding across the stunningly well-realized fields on horseback with the moon’s glow lighting my path or cutting through swaths of deadly Mongols is even more satisfying at 4K/60fps on PS5. Other quality-of-life improvements like being able to lock-on to enemies (woefully lacking in last year’s version), DualSense haptics to give combat more oomph and new accessibility options like alternate controller layouts only sweeten the deal.

Even if I hadn’t hit 100 percent completion in the game last year, the PS5-enhanced experience probably would have enticed me to come back at least for a bit. A surprisingly solid co-op multiplayer component, Legends, has also been released since the game’s launch. 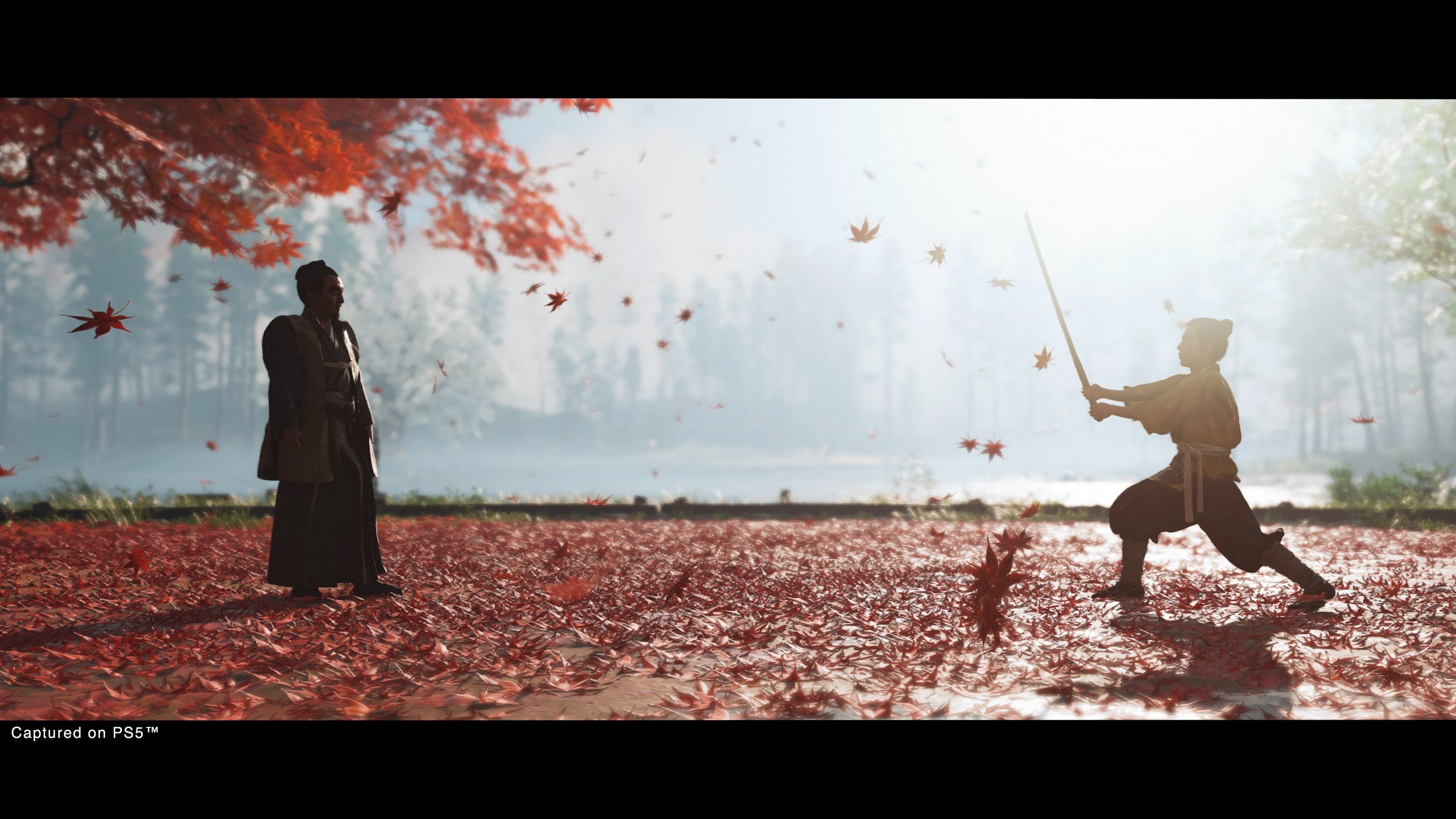 But it’s Ghost of Tsushima‘s new Iki Island story expansion that really makes it worth returning to Sucker Punch’s version of feudal-era Japan. The premise for this content is quite strong. Largely standalone from the main game’s narrative, Iki Island follows samurai Jin Sakai as he travels to the eponymous isle to stop a mysterious Mongol tribe led by the sinister shaman known as “The Eagle.” Making this journey even more difficult for Jin, however, is that Iki Island is where his father was slain, forcing him to confront some old wounds.

It’s through this setup that Sucker Punch finally made Jin interesting. I was critical of his character in the main game for being a fairly generic and one-note warrior archetype whose central arc about honour and family wasn’t nearly fleshed out enough. But removed from the bloat of a sprawling, 20-plus hour campaign, Iki Island really had to tell a tight, focused story. In so doing, Jin became compelling. No longer did we have to just hear about how Jin missed his father — now, we could actually see his survivor’s guilt in action.

All the while, Jin has to begrudgingly work with a group of raiders who once fought against his father, which allows for a more nuanced exploration of the sins committed by both factions. While I’m still iffy with PlayStation seemingly arbitrarily renaming PS5 upgrades “Director’s Cuts,” the story additions here do, undoubtedly, expand upon the base game’s narrative with added context and weight. 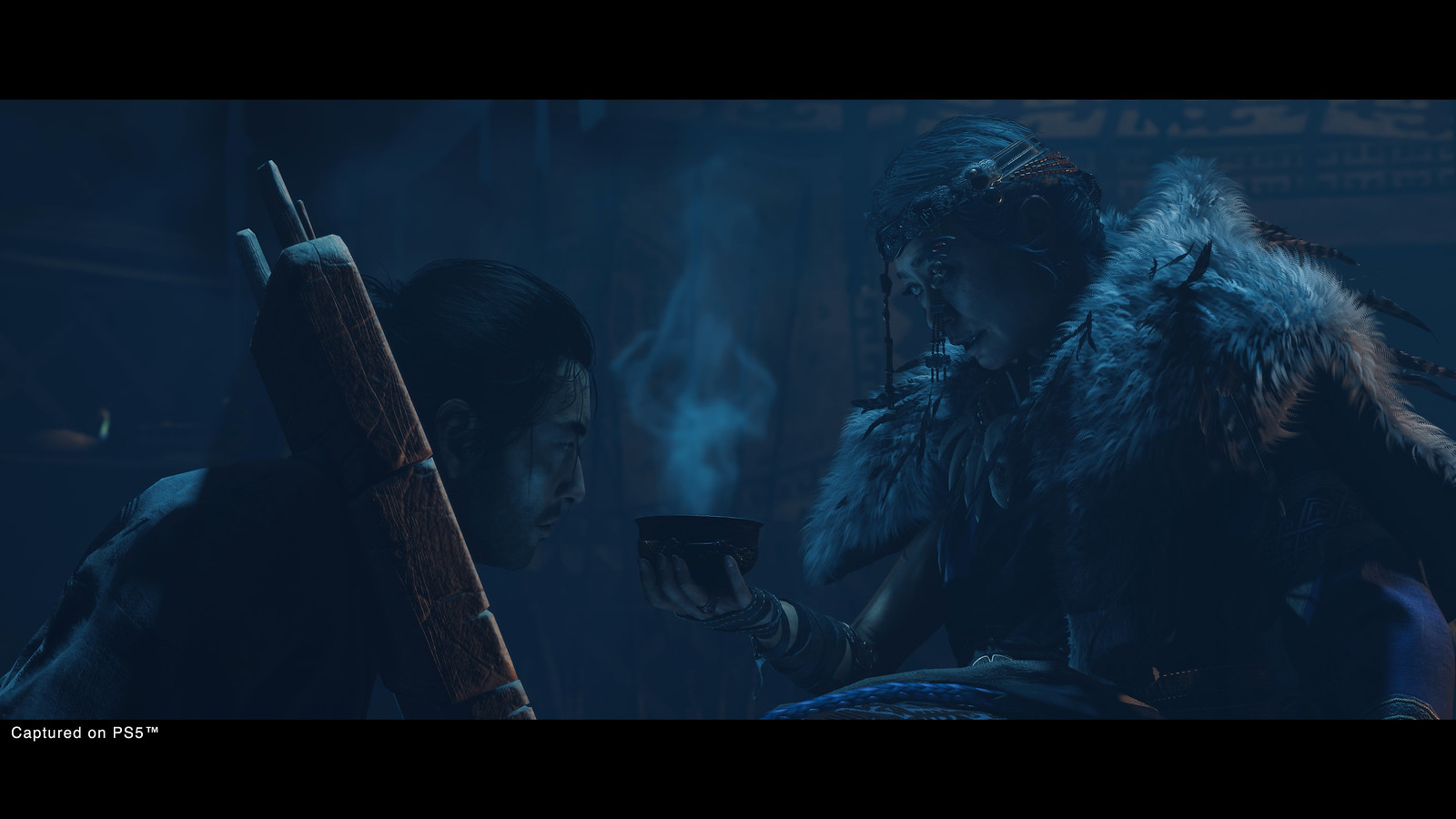 It also helps that The Eagle Tribe is more interesting than the main game’s utterly bland villain, Khotun Khan, and his forces. While by no means deep herself, The Eagle is at least a far more psychological villain, rather sadistically choosing to fight Jin not with sword but by her mystical potions to prey on his deepest fears. This had me consistently intrigued at when and how she might take Jin on another traumatizing head trip. Her Mongols are also much tougher and more threatening, making Ghost of Tsushima‘s otherwise rudimentary stealth mechanics feel much more useful.

“Sometimes, revisiting the familiar makes you feel right at home and, in the case of the Iki Island expansion, can actually meaningfully improve upon the core experience.”

This core story would have been sufficient, but Iki Island continues where the main game left off to deliver a nice assortment of side activities. New minigames in the form of animal sanctuaries give you even more lovable animals to pet, while archery challenges and a duelling ring offer up entertaining new ways to test Jin’s might. But the best of the new side content, by far, is the ‘Tales of Iki.’

Like those found in the main game, these tales are short stories, of sorts, that flesh out the world and its inhabitants. Whether it was helping a man rebuild his home, trying to stop a foolhardy stranger from taking on Jin’s deadly Ghost persona or helping a mother deal with the Mongols, Iki Island constantly provides more compelling side missions to tackle. These plus the four-ish-hour main story work out to around 15 hours of content, making Iki Island worth the price of admission alone. 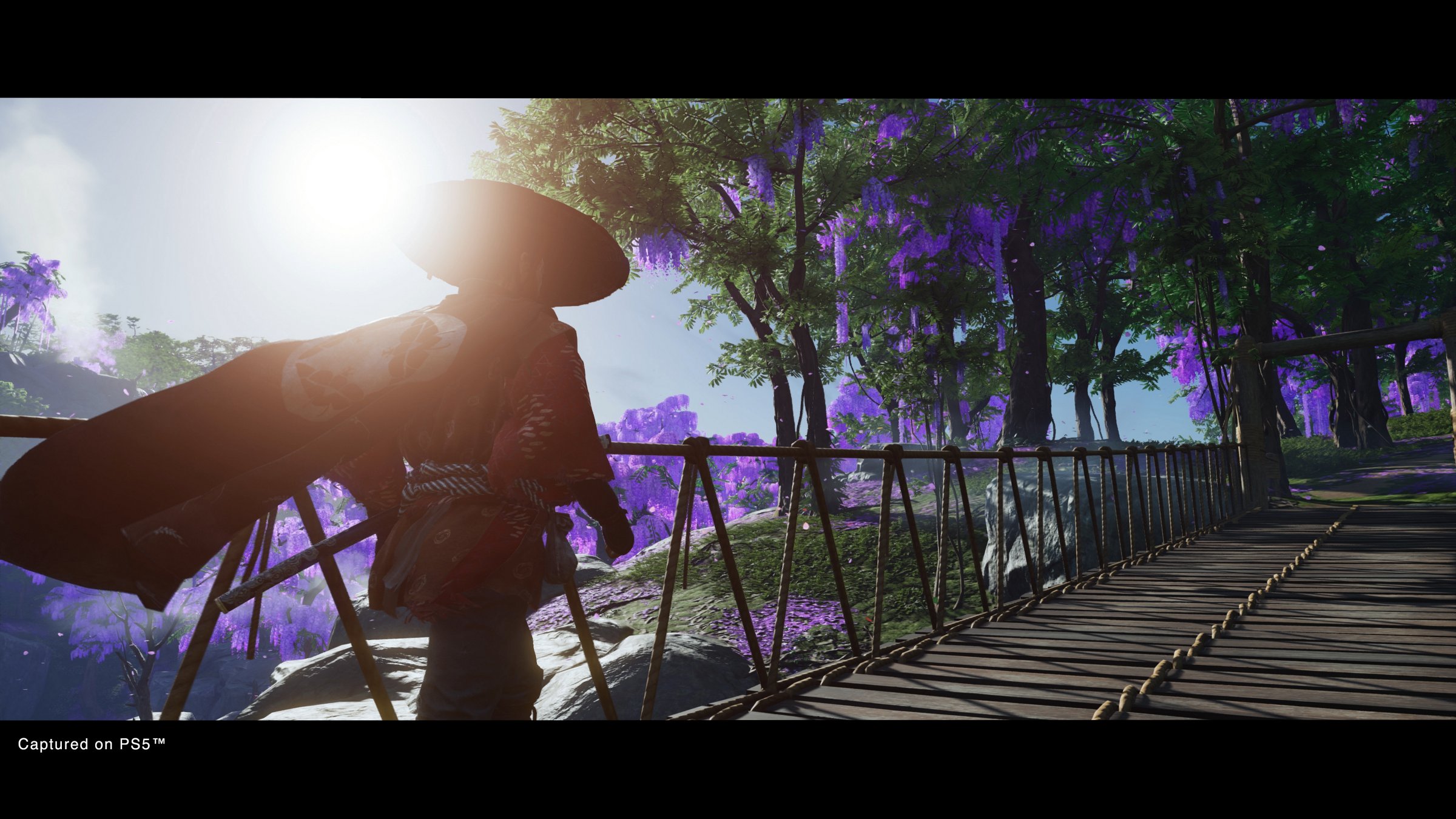 If I had one disappointment with the expansion, though, it’s that Sucker Punch didn’t introduce much in the way of new gameplay mechanics. Your horse has a pretty enjoyable new ‘charge’ ability to take down groups. At the same time, Jin himself can use his grappling hook to pull down obstacles with immersive DualSense-boosted haptics, but those are the two standouts. The studio is likely saving bigger ideas for the inevitable sequel, but it would have been nice to see Jin have at least a few more new tricks up his sleeve. That said, the breadth of new content, including an entirely separate explorable island, makes this a minor issue at best.

Because ultimately, as I said, Ghost of Tsushima Director’s Cut came at the perfect time for me. Sometimes, you want more of something familiar. Sometimes, revisiting the familiar makes you feel right at home and, in the case of the Iki Island expansion, can meaningfully improve upon the core experience.

Of course, my feeling of being overwhelmed isn’t exclusive to me — we all have our own stuff to deal with. So if you’re feeling in the same boat, jumping into Ghost of Tsushima — either for the first time or as a return trip — will definitely make for quite an enjoyable experience.