I was one of those kids who got a hole in their hand after playing Mario Party‘s ‘Tug o’ War‘ minigame on the Nintendo 64.

After the lawsuits and the fingerless gloves back in the late ’90s, I assumed the controversial minigame wouldn’t return in Nintendo’s nostalgic celebration of all things Mario Party for the Switch, Mario Party Superstars.

Surprisingly, Tug o’ War is part of the list of 100+ games spanning the long-running series’ 11 titles, along with a cautionary notification that reminds players “to avoid irritation to your skin and/or damage to the control stick, do not rotate it with the palm of your hand.”

With that side anecdote out of the way, Mario Party Superstars doesn’t do a lot to shake up the long-running virtual board game/party series’ formula. Instead, it aims to fix Super Mario Party‘s shortcomings with a collection of some of the best boards and minigames from the series, coupled with surprisingly extensive online play options that I, unfortunately, haven’t been able to test out yet. After I spend time with Mario Party Superstars’ online modes once they go live, I’ll add my impressions to this story. 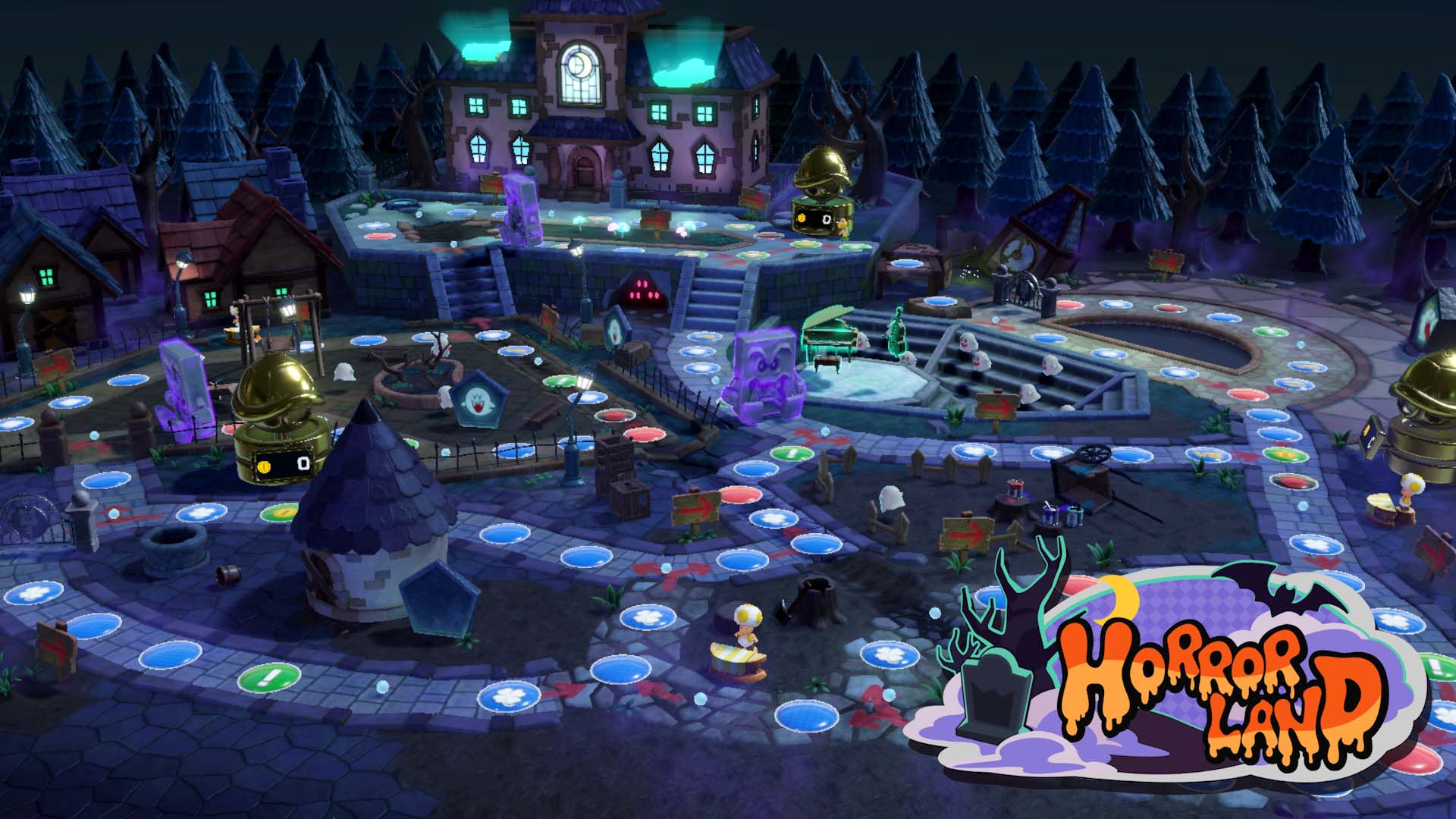 First off, there are a few changes to the series’ formula in Superstars. For example, Stars now cost 20 coins to purchase again instead of just 10 like in Super Mario Party, and you can also add more turns to a game, allowing you to extend the action if you choose to.

Thankfully, it’s finally possible to save your game and dive back into the experience later, making a 30 turn game more feasible than it was before. While small additions, these quality-of-life changes go a long way towards making Mario Party Superstars feel more modern. 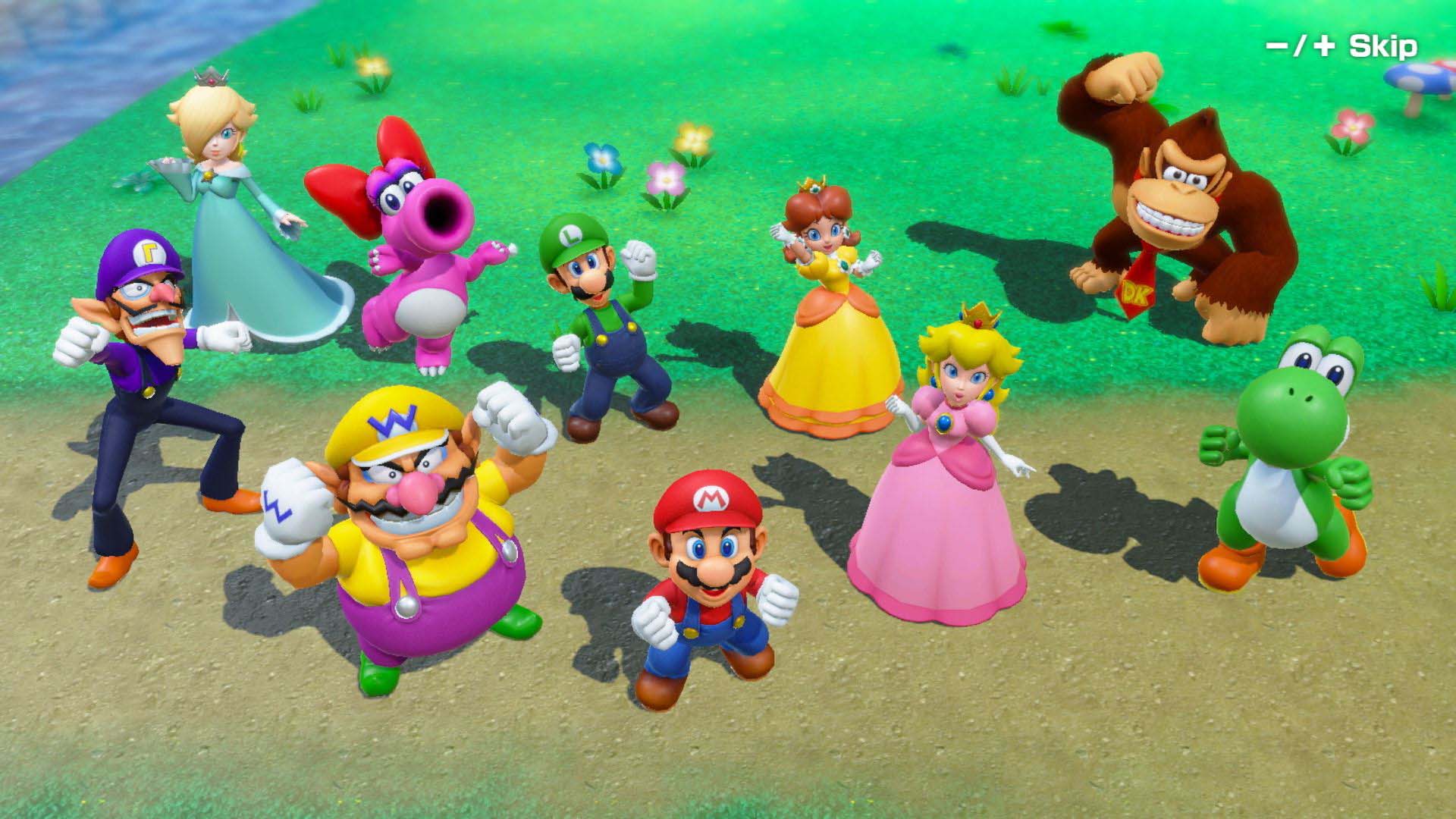 But as with all Mario Party titles, it’s the minigames that truly matter. As someone who has only played the Nintendo 64 titles and a few GameCube entries at friends’ places over the years, I was thrilled to see classics like ‘Bombs Away,’ ‘Shy Guy Says’ (I’ve always been awful at it), ‘Bumper Balls, ‘ ‘Trap Ease Artist’ and more featured in the title. If you’re a fan of the series, or like me, have only played a couple of games in the franchise, your most fondly remembered minigames are likely included in Superstar.

On the game board side of things, classics like Yoshi’s Tropical Island, Space Land, Horror Land and more return. I can’t help but wish more classic boards were included in Mario Party Superstars, especially those not from the N64 entries, but I wouldn’t be surprised to see them added to the game at a later date through free DLC. 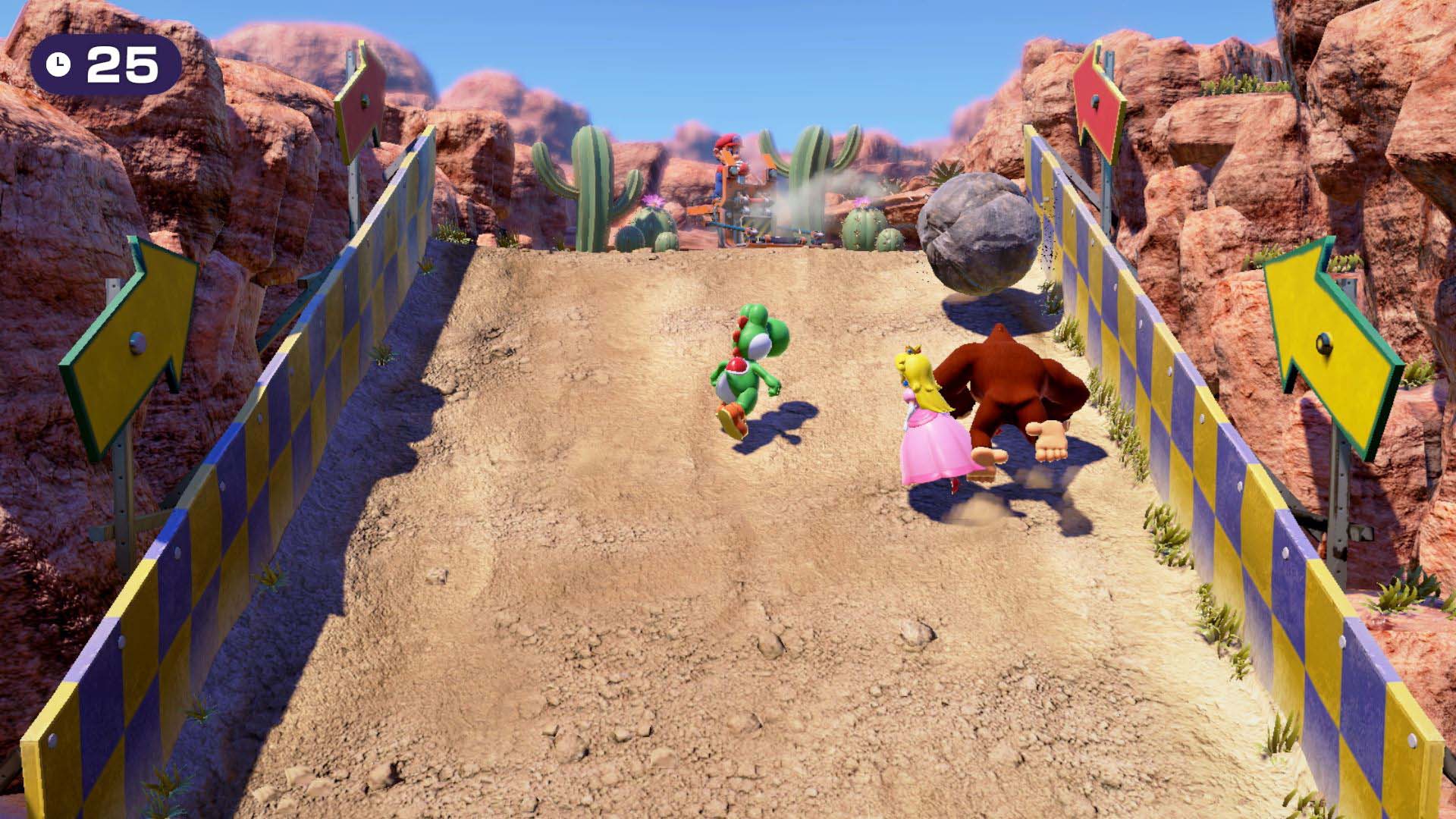 Along with the standard board game action the series is known for, there’s also a new area called Mt. Minigames. This section of Mario Party Superstars lets you play all 100 minigames in a variety of modes like ‘Freeplay,’ ‘Coin Battle,’ ‘Trio Challenge,’ ‘Daily Challenge’ and more. I’ve always preferred to just play a collection of minigames in Mario Party titles rather than slog across the game board — especially if I’m playing with AI opponents — so I’m glad to see these options included in Superstars. Some minigames also feature selectable stage variations, which is a nice touch on Nintendo’s part.

There are other additions to the series in Superstars, too, including emotive stickers you can make appear on the screen in the middle of matches, and a slew of unlockable music tracks, card designs and more. 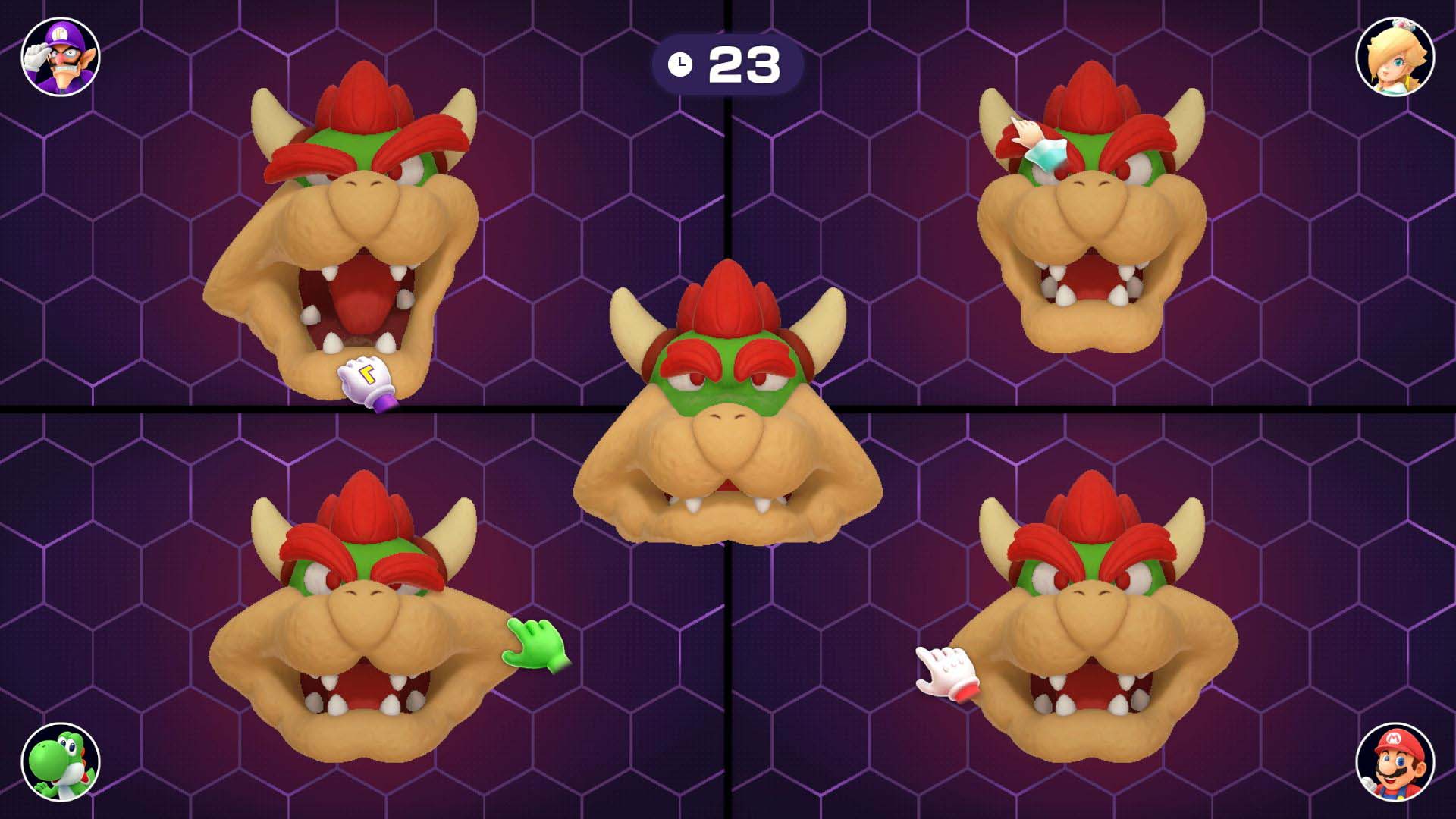 It’s also important to mention this is the first Mario Party game for the Switch that can be played entirely in handheld mode. 2018’s Super Mario Party, on the other hand, featured motion controls, making it incompatible with handheld mode. This means the game works with all of Nintendo’s Switch consoles, including the handheld-only Switch Lite.

If you’ve enjoyed Mario Party titles in the past, you’ll likely find a lot to like about Mario Party Superstars, but if you’re expecting the game to shake up the franchise in a significant way, that’s definitely not the case here. However, what does make Superstars unique is that it’s a collection of all of the series’ best courses in one title. 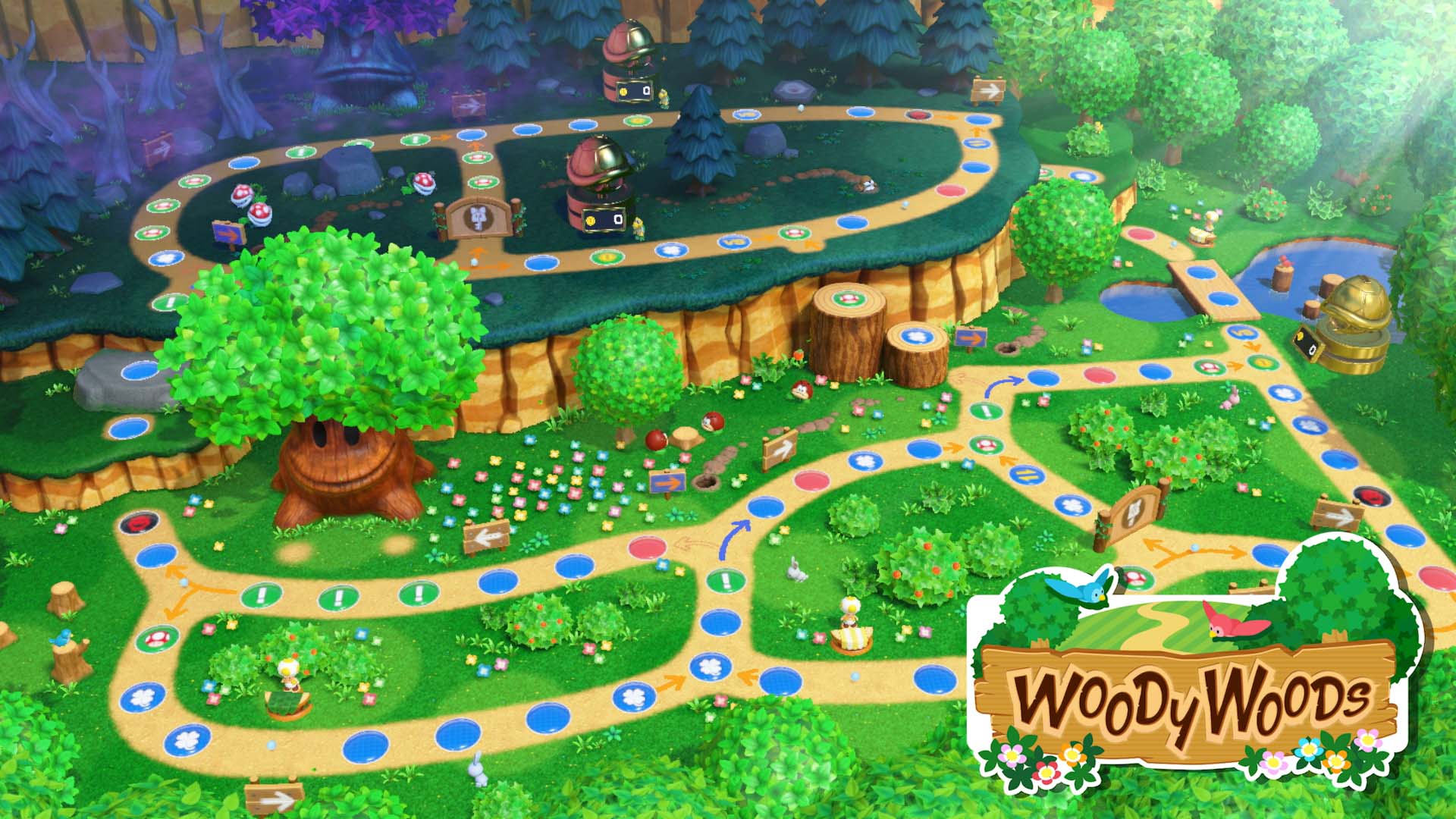 With this in mind, it’s sure to appeal to anyone with a nostalgic connection to the franchise.