If you're not comfortable installing APKs from outside the Play Store, this workaround may not be for you

Those holding onto their older Pixels this year instead of upgrading to the fancy new Pixel 6 and 6 Pro might be feeling some FOMO over new camera features. But, it seems like there might be a way to get at least one new feature — Magic Eraser — on previous Pixel phones.

As usual, Google’s newest Pixel phone arrived with several fancy camera tricks, but many of them appear to be software-based. However, Google has indicated some of the new software features rely on capabilities built into the new Tensor chip, which suggests the company won’t port the features back to older models.

Despite that limitation, Android Police has found a way to get the new Magic Eraser feature onto other Pixel phones. In short, it involves installing a Google Photos APK file from a Pixel 6 device — APK files, for those not familiar with them, are the application files for Android apps.

How to get Magic Eraser on an older Pixel

We’ve included the instructions below on how to install the APK file and gain access to Magic Eraser, but before you rush into it, I’d advise that anyone not comfortable with installing APK files from third-party sources (or anyone not comfortable troubleshooting problems if something goes wrong) should not do this. Also, you’ll need to be running Android 12 for this to work.

With that said, let’s get into it:

Magic Eraser should work fine on most Pixel phones 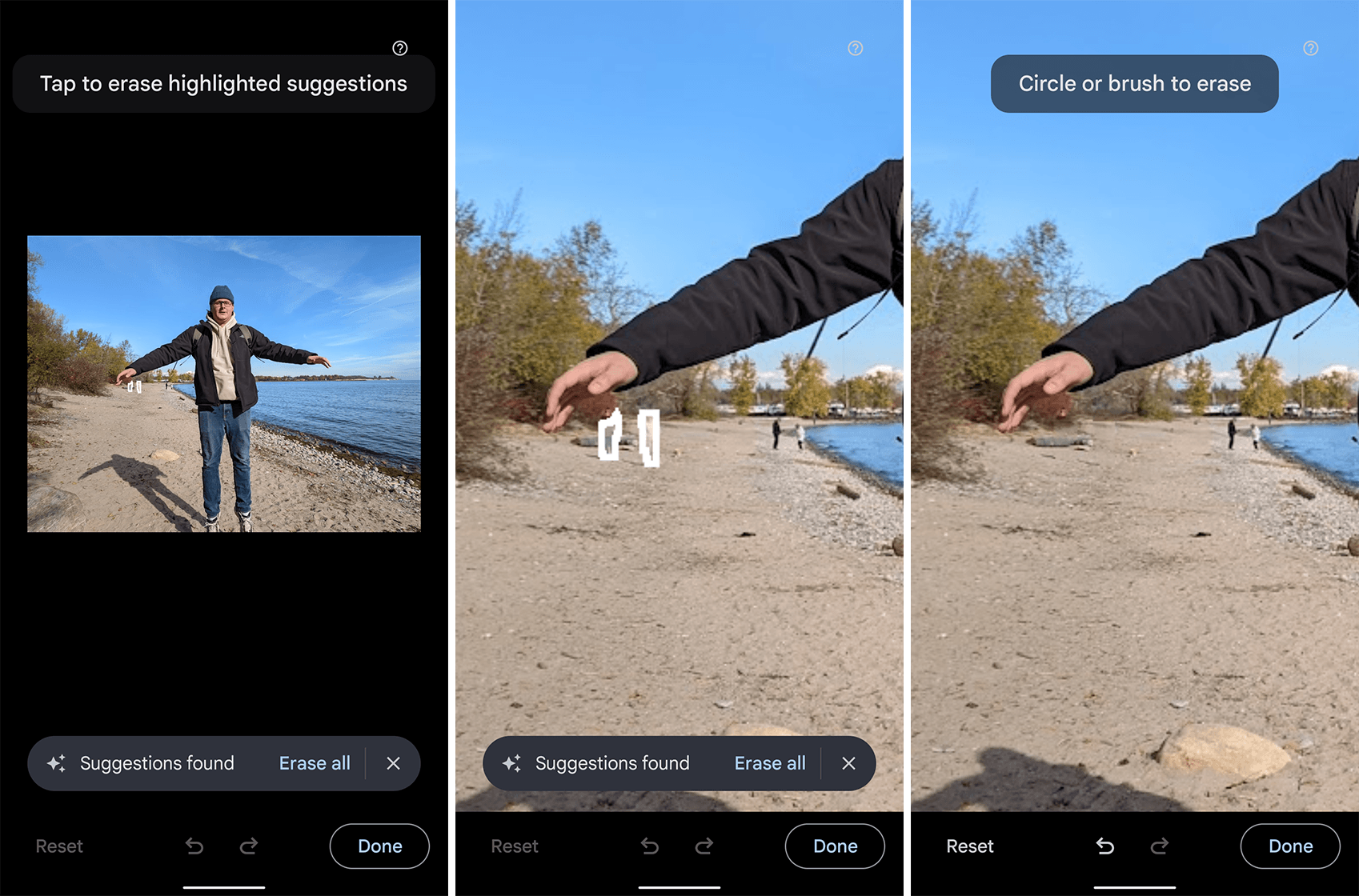 Once that’s done, you can open Google Photos and start messing around with Magic Eraser. You’ll be able to find it by selecting an image > Edt > Tools > Magic Eraser. Android Police reported it works fine on the Pixel 5, 5a, 4 XL and 4a. I gave it a try on my Pixel 3 and it also worked fine, although the app crashed the first time I tried to use it (after that, I had no issues).

One final caveat worth considering is that while Magic Eraser is fairly easy to get now, that could change in the future. Android Police warns that a future Photos update could break or remove the functionality. But for now, if you want you can download it and try it out.

The ultimate guide to Siri Shortcuts