Battlefield 2042 could eventually be great, but it might take time to get there

Battlefield 2042 might feel under-baked now, but it has the makings of something that could be truly great.

The latest shooter from Dice and a number of EA support studios takes gamers to the future for some Battlefield hijinks. And that is exactly what you are getting here, signature BF fun, but fun that is marred by technical hiccups and an overall lack of substance.

Battlefield 2042 is a solid entry to the franchise, and feels like a direct sequel to the likes of Battlefield 3 and 4, with more of a focus on modern/futuristic combat, rather than the trips through history of the last few Battlefield games.

The biggest talking point that will get the attention of many is the lack of any real single-player content in 2042. Gone is any semblance of a campaign, leaving only multiplayer. The absence of a traditional solo adventure is not too big a deal here in 2021; however, it is noticeable in a package that feels a little light on content upon release.

Battlefield 2042 comes packed with three main verticals: ‘All-Out Warfare’ is your more traditional capture and defend Battlefield experience, ‘Hazard Zone’ plays like a battle royale (but instead of eliminating other squads, your goal is to retrieve valuable data and escape without dying), and ‘Battlefield Portal’ is a creative suite where players and creators can devise innovative new game modes with assets from Battlefield 2042 as well as past Battlefield titles. 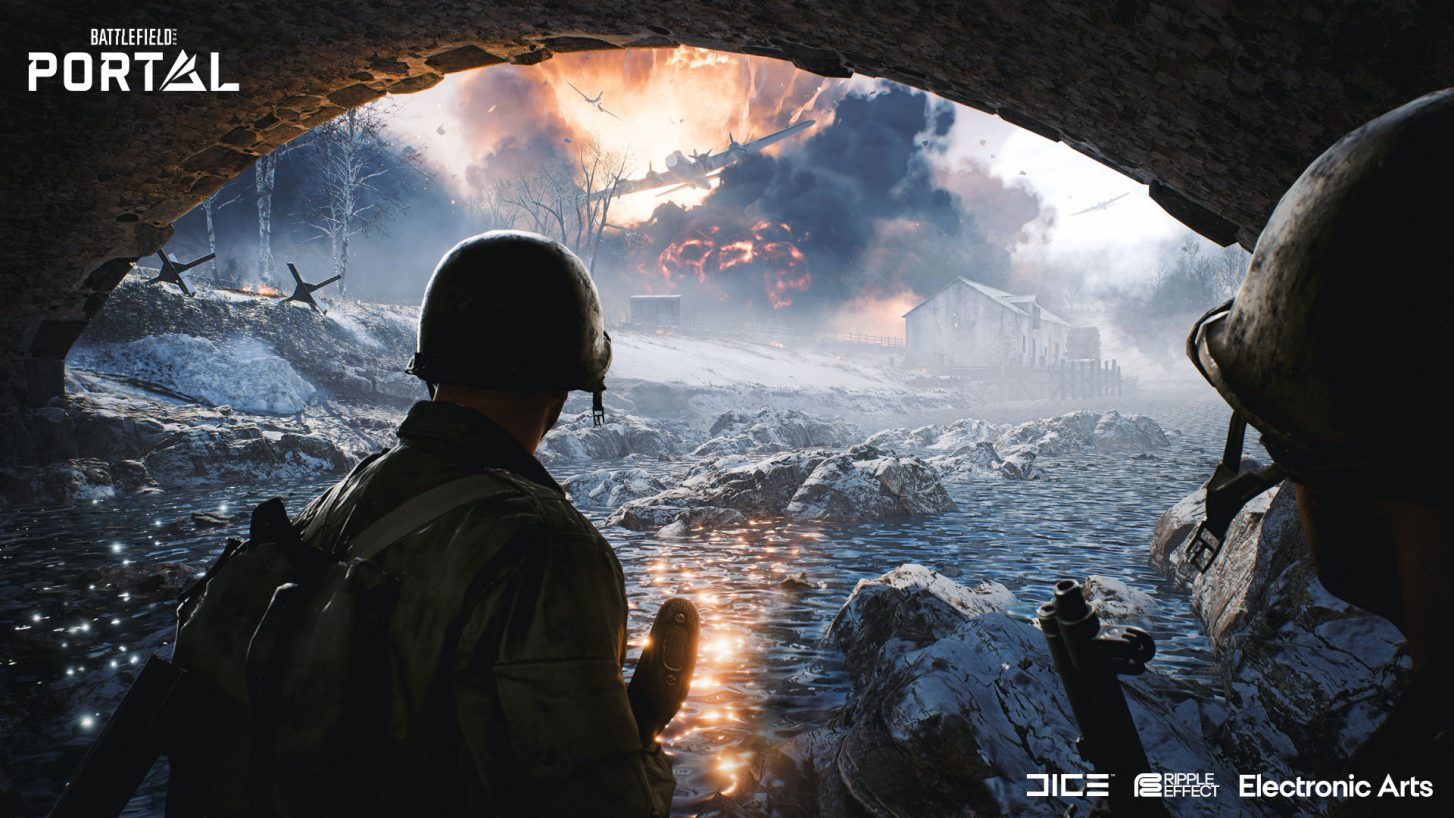 Of these three, Battlefield Portal shines brightest. Playing through community-created game modes feels like the glory days of all-night Halo ‘Forge mode’ parties. Portal opens a Pandora’s Box of gameplay opportunities; it’s just a matter of finding the diamonds in the rough. If Dice can continue to curate the best of the best within Portal, then I can see myself spending many an evening playing through these fan-crafted modes and having fun with friends.

Hazard Zone was an unexpected joy for me. While I went into it thinking it would be some Call of Duty: Warzone rip-off, I came out pleasantly surprised. The conceit of fighting for and collecting data banks, then heading for a plane to take you to safety is a creative twist upon the Battle Royale genre. There were moments of pure adrenaline as my squad ripped across frozen tundra, headed for the exfil point, only to cross paths with others trying to do the same thing. At times it can feel like you and your teammates are starring in the latest Michael Bay action thriller, and it feels glorious.

“…these new massive maps and gargantuan 128 player counts can make it feel overwhelming at times, especially if you do not have access to an air or ground vehicle.”

Lastly, All-Out Warfare is your standard Battlefield fare of capturing objectives and eliminating the enemy team. ‘Conquest’ is classic BF where two teams compete to capture and defend five or six points on a map, whereas ‘Breakthrough’ offers two objectives at a time with the map opening up as an attacking team successfully takes those two points.

Breakthrough for me was where I has the most fun of these two. Having to push on attack or push back on defense makes for a constantly moving frontline, meaning that you are never far from the action. While Conquest is still as enjoyable as it ever has been, these new massive maps and gargantuan 128 player counts can make it feel overwhelming at times, especially if you do not have access to an air or ground vehicle.

All maps in 2042 (aside from the classic maps in Portal) feature massive dynamic events that happen throughout the course of a game. Whether it be a tornado ripping through and causing destruction, or a massive sandstorm whipping up blinding players, these ‘levelutions’ work on an unmatched scale and truly make you rethink your tactics mid-game. However, after the seventh or eighth time seeing a sandstorm ravage the battlefield, the luster can kind of wear off. These forces of nature turn what feels like a world-ending event into nothing more than a minor annoyance. Gameplay-wise this 2042 is Battlefield through and through. It feels more tactical/measured than the pulse-pounding close combat of Call of Duty, mixing in air, land, and water vehicles. There are no major changes here, and the ones that do show up are mostly welcome. Two of the most impressive additions come in the form of ‘Specialists’ and the ‘Plus Menu.’

Specialists add even more variety to Battlefield. Instead of just filling roles (Assault, Medic, Engineer, and Sniper) like in previous games, there are a couple of Specialists within each. Want to play as a medic who has a healing pistol akin to Ana from Overwatch? You can. Or how about an Assault soldier equipped with a wingsuit or a grappling hook? You bet. This change allows for players to cater to their playstyle within a role, and when you find the Specialist perfect for you it’s magic.

As for the Plus Menu, when you see it you will know exactly what I’m talking about. This ingenious holographic form of gun customization can be pulled up at any time during battle, allowing the player to swap attachments in and out from their current loadout. At first, it feels a little gimmicky, but in practice its utility is invaluable. In one firefight I found myself trading blows at close range with a red dot sight, then spotted another foe a few yards down, switched over to a longer scope, and boom, I got the kill. It’s a great idea that I am honestly surprised we haven’t implemented in other games before. 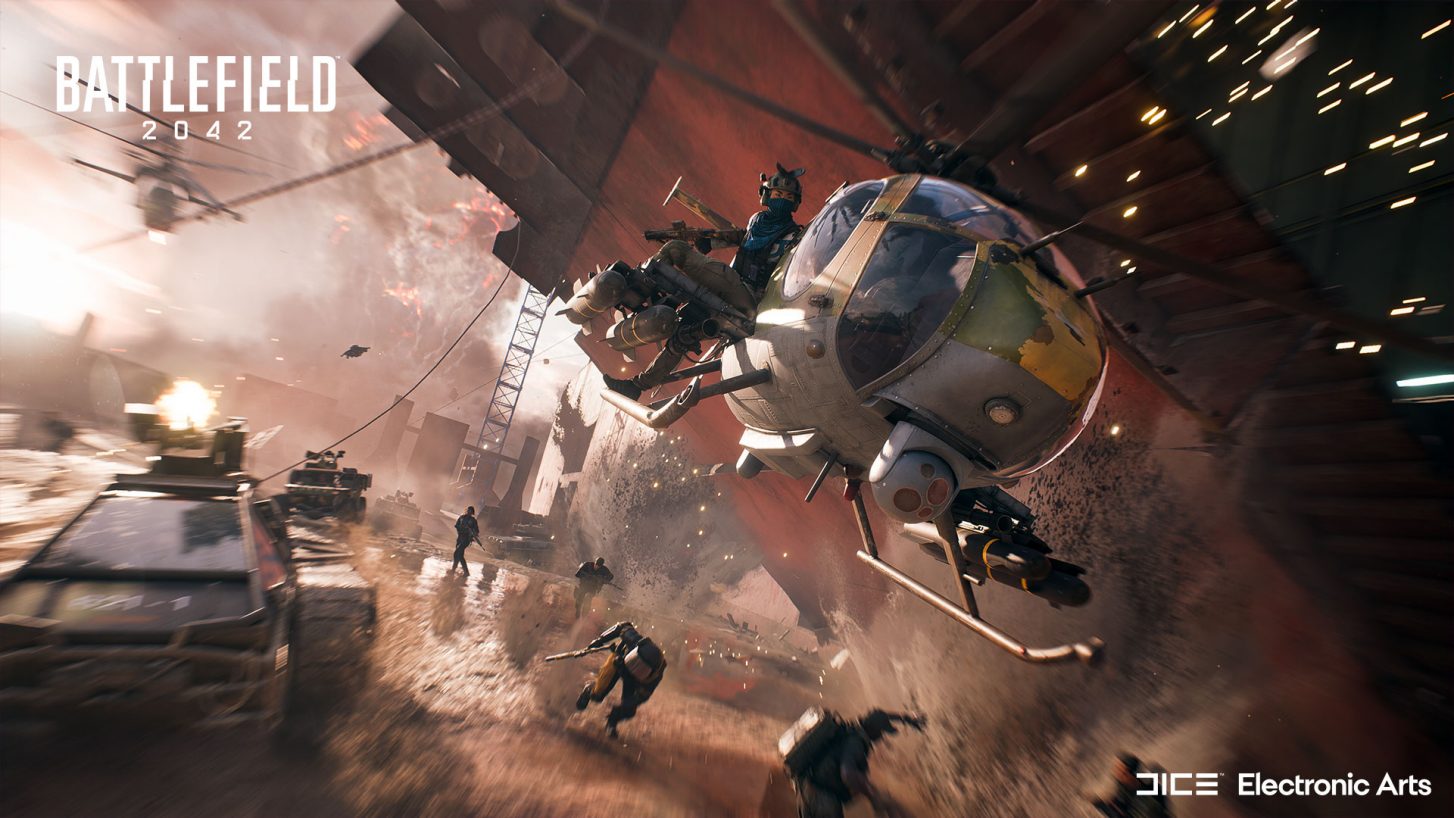 The act of playing Battlefield 2042 isn’t where I have problems, it’s on the technical and presentation side of things where some pressure points seem to stick out. Visually, this game is beautiful — the guns sound and look stunning, and the various locales can be downright gorgeous — but at times this can feel a little like a beta test.

On multiple occasions, upon loading into a match, I was greeted with either a frozen deploy screen or a crash out to the main menu. When I did get into games, there were instances of glitching animations, players getting stuck on geometry, and hud elements that should disappear but wouldn’t. It’s moments like these that make you think this game was not 100 percent ready for prime time. Now, Battlefield games coming out in various states of unreadiness is nothing new, but that doesn’t mean it’s okay.

Another one of my biggest gripes comes in regards to the amount of content that is in the box on day one. Standard features like in-game voice chat are missing, with no indication of when they will come to the title. There is plenty of fun to be had here but after a few hours of playing Conquest, Hazard Zone, or Breakthrough on the same six or seven maps, the sparkle of a new game can start to wear off. EA and Dice have already promised that more content is coming to the game post-launch, but it feels like just two or three additional places to do battle would have been perfect to start off. 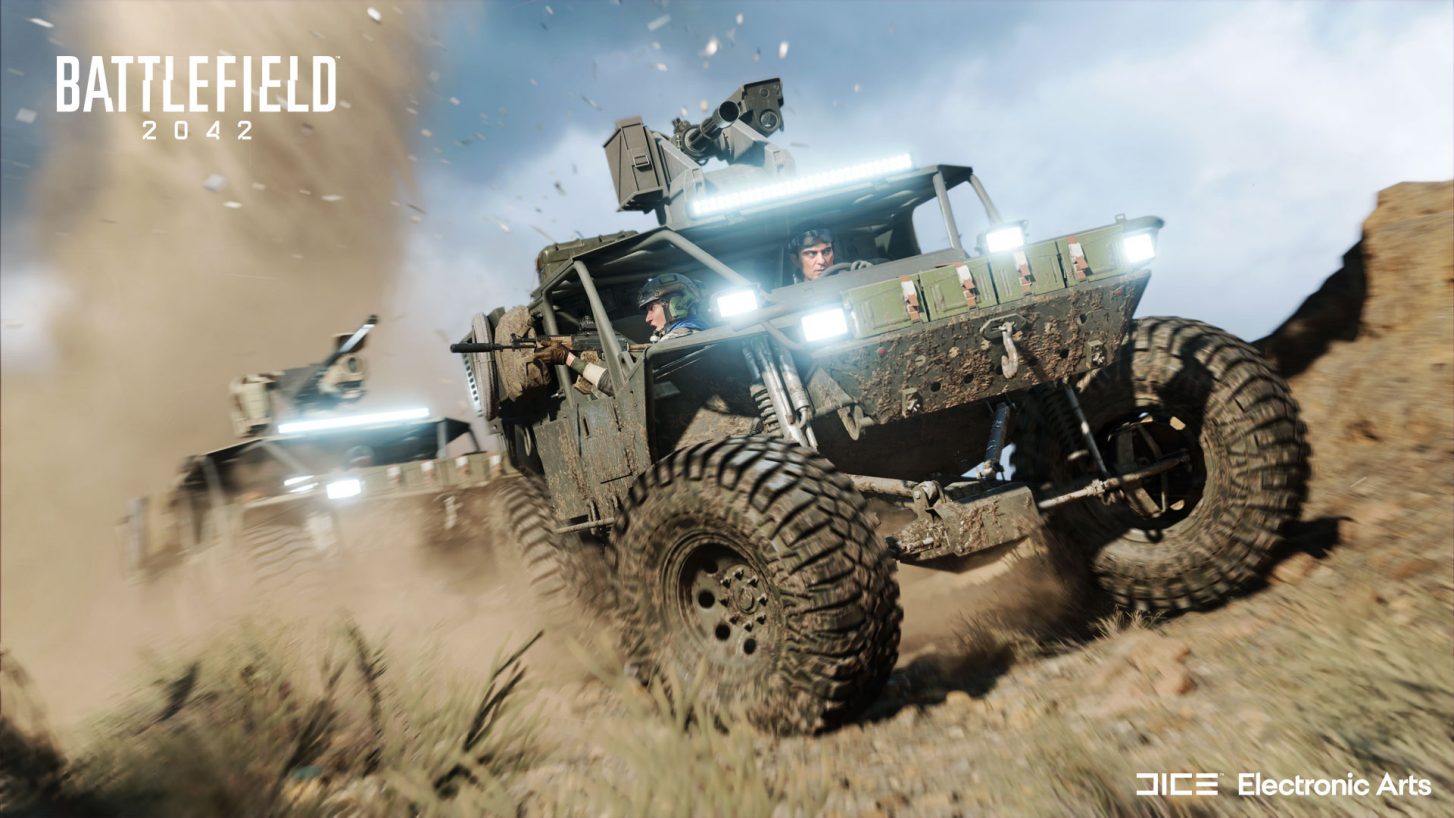 Overall, I am super conflicted on Battlefield 2042. While there are moments of greatness, I just can’t get over the state the title has launched in.

With things like the “only in Battlefield” moments found in standard multiplayer, the thrill of racing for the exit in Hazard Zone, or “Battlefield Portal’s creative potential, there is plenty to love about Battlefield 2042 at launch. But it’s hard not to think that this will be a much better, more refined experience four or five months down the line. With a game that is only going to improve as more people play it and continue to play it, let’s just hope the community sticks around long enough for it to reach its full potential.

Battlefield 2042 is now available on PlayStation 4, PlayStation 5 (reviewed), Xbox One, Xbox Series X/S, and PC. Physical copies can be found at Best Buy, Amazon and more.