Your Chromebook can now scan documents and shoot video

Google is making solid strides in making Chromebooks more versatile and inclusive, with recent additions like live captioning and a new ‘Diagnostics’ app.

Now, the Mountain View, California-based company is adding more functionality to your Chromebook’s camera, such as the ability to scan documents, making it easier for students and professionals alike to get tasks done quicker.

“You can now use your Chromebook’s built-in camera to scan any document and turn it into a PDF or JPEG file,” reads Google’s blog post.

The feature works similarly to how native smartphone scanners work. Select “Scan” mode in your Chromebook’s Camera app. Proceed to hold the document you wish to scan in front of the camera, and the camera will automatically detect the document’s edges. You can manually select the edges too.

Once scanned, you can directly share the scanned PDF or JPEG via Gmail, social media, and even to nearby Android phones or Chromebooks through ‘Nearby Share.’

While the feature adds to the Chromebook’s overall appeal, I don’t see many people using it over their smartphones to scan documents.

Additionally, the Scan option also supports scanning QR codes. Simply toggle from the Document mode to the QR Code mode, as seen in the image below: 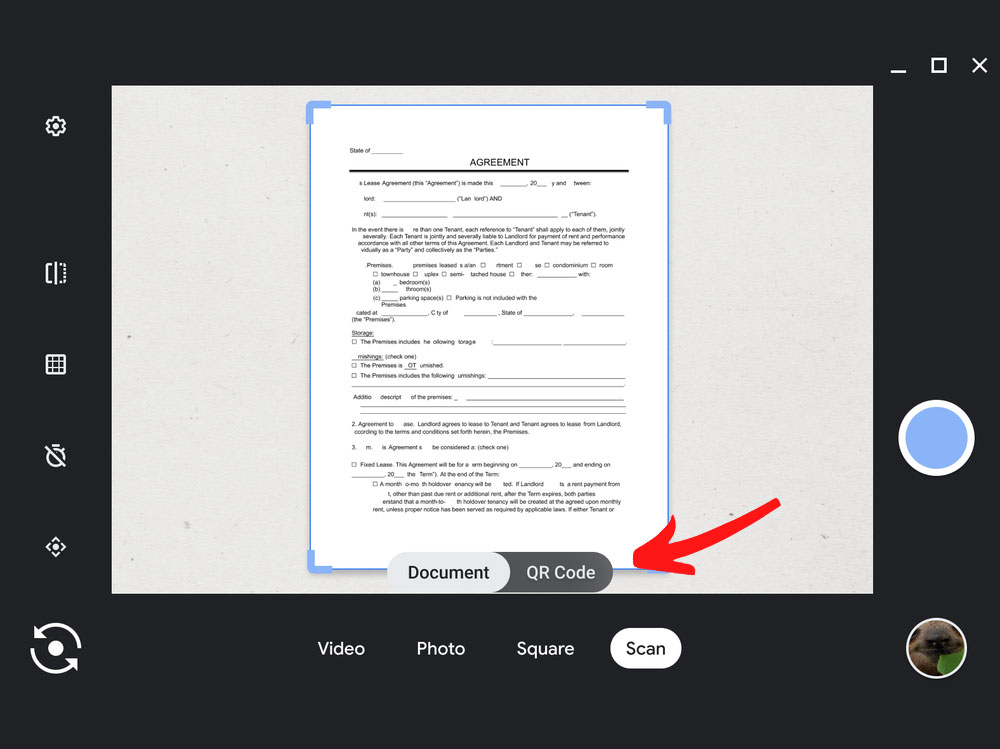 If you use an external camera with your Chromebook, “you can use the Pan-Tilt-Zoom feature to have more control over what your camera captures.” The feature allows you to set preferred camera angles and control what you want appearing in the frame, including an option to zoom into your face.

Google says your exact preferences will be saved across all video platforms for video calls, eliminating the need to configure the angles every time you hop on to Microsoft Teams or Zoom.

Other new camera features coming to Chromebooks are:

Google is also working on a new feature that will allow you to convert videos you shoot from the Chromebook’s camera into GIFs directly from the camera app. The feature will likely appear in Q1, 2022.