The OnePlus 10 Pro will feature a 5,000mAh battery, along with support for wired (80W), wireless (50W) and reverse wireless charging

OnePlus’ recently revealed flagship device, the OnePlus 10 Pro, is set to release in China on January 11th, with a more global release following suit at a later date.

While the company released a teaser image of the phone a few weeks ago, similar to how Google teased the Pixel 6 and Pixel 6 Pro for months on end, we now how official information about the flagship device’s specifications, courtesy of OnePlus co-founder and CEO Pete Lau.

The OnePlus 10 Pro is much more than a sum of its parts. But for now, here are the specs. pic.twitter.com/iEQxgMWAkw

Right off the bat, we can see that the upcoming flagship will be powered by the latest Snapdragon 8 Gen 1 processor, which Qualcomm claims is the fastest CPU available for Android-based smartphones. The new chip, which was announced in November, is expected to support always-on cameras and has already made its way into the Chinese market with the Motorola Edge X30. The device will run on the in-house developed OxygenOS 12, built on Android 12.

The flagship will also be Hasselblad-tuned, with a triple camera setup sporting 48, 50 and 8-megapixel shooters housed inside a ceramic bump on the rear end. According to OnePlus, the ceramic camera bump is 13x stronger than glass, so the phone isn’t likely to have durability issues. Lau’s post also states that the front shooter will be 32-megapixels and that the phone will feature a 120Hz AMOLED display. 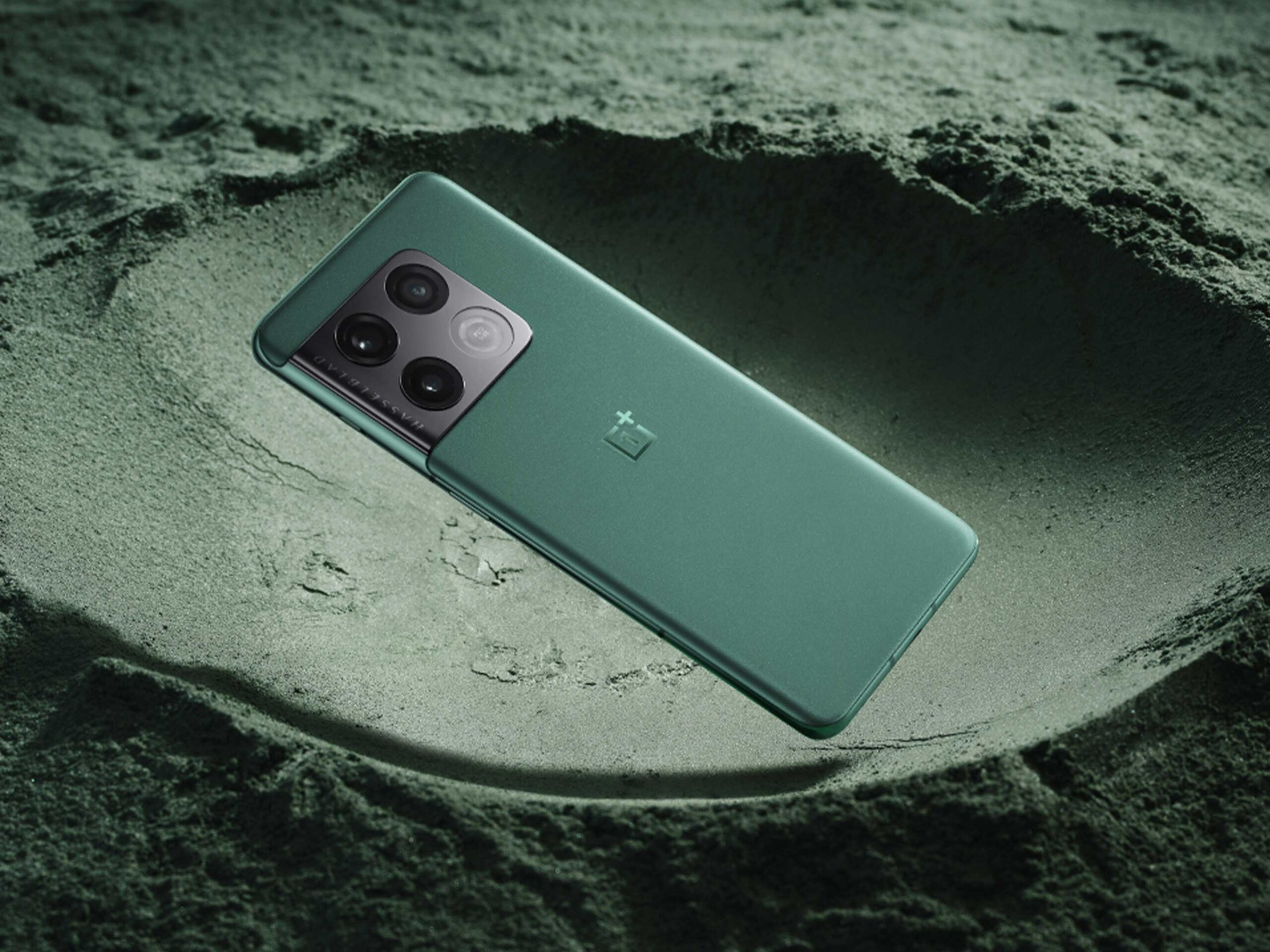 The OnePlus 10 Pro will feature a 5,000mAh battery, along with support for wired (80W), wireless (50W) and reverse-wireless charging.

The OnePlus 10 Pro will be available in ‘Emerald Forest’ (green) and ‘Volcanic Ash’ (black) colorways and use a USB-C charging port.