The issue only affects the 40mm Series 6

According to Apple, only a small number of 40mm Apple Watch Series 6 models suffer from this issue, which turns the wearable’s display blank permanently. Series 6 smartwatches affected by the issue were manufactured between April and September 2021. 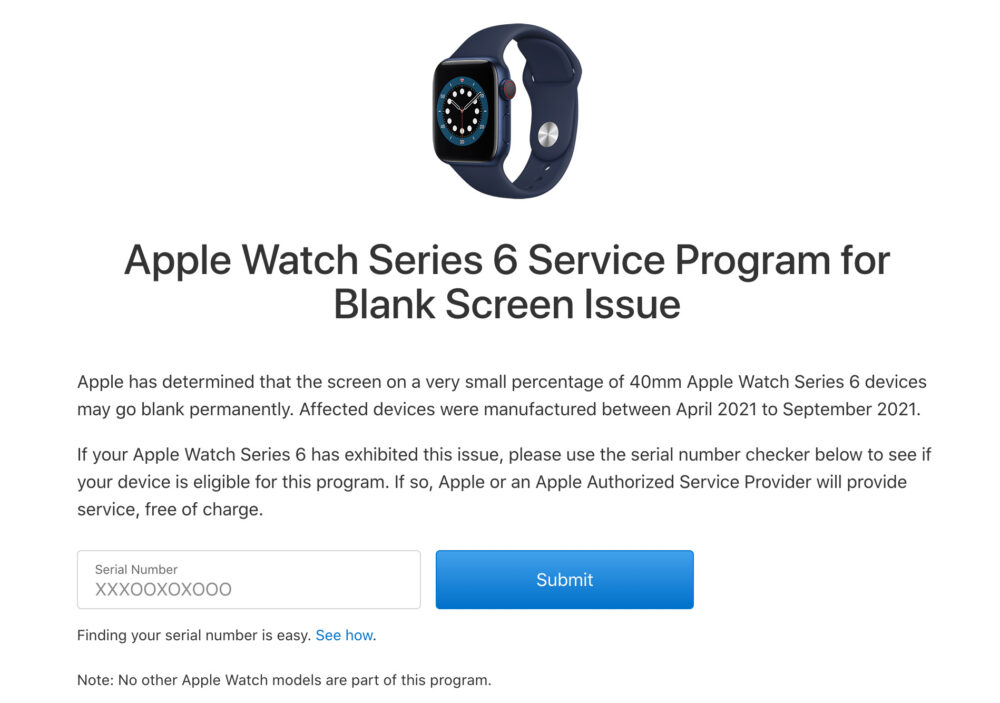 If you want to check if your Series 6 is eligible for a repair, you can enter its serial number on Apple’s website. Apple says that the program covers the Series 6 for two years after the purchase of the smartwatch. The 44mm Apple Watch Series 6 is not affected by this issue.

For more on the Apple Watch Series 6, check out my review of the smartwatch from back in 2020.