Snap has revealed a tiny new drone called Pixy that follows users around and captures photos and videos.

The drone is on sale now in the U.S. and France for $230 USD (roughly $294 CAD). It’s unclear if Snap has plans to bring the drone to Canada. While the Snapchat maker’s Spectacles didn’t initially drop in Canada, they were released here several years later.

The seemingly simplistic drone is capable of following users with the press of a button, according to Snap. Pixy features several different flight paths, including ‘Hover,’ ‘Orbit,’ ‘Reveal,’ ‘Favourite,’ and likely the most useful, ‘Follow.’

With ‘Follow’, as you likely guessed, Pixy will follow as you move around and automatically snap photos and videos during its flight. Snap says that the drone can also be set to only shoot videos or photos.

Images are sent directly back to the Snapchat app on your smartphone where they can be edited with well-known Snap effects like ‘Hyperspeed,’ ‘Bounce,’ ‘Orbit 3D’ and ‘Jump Cut,’ and then shared. 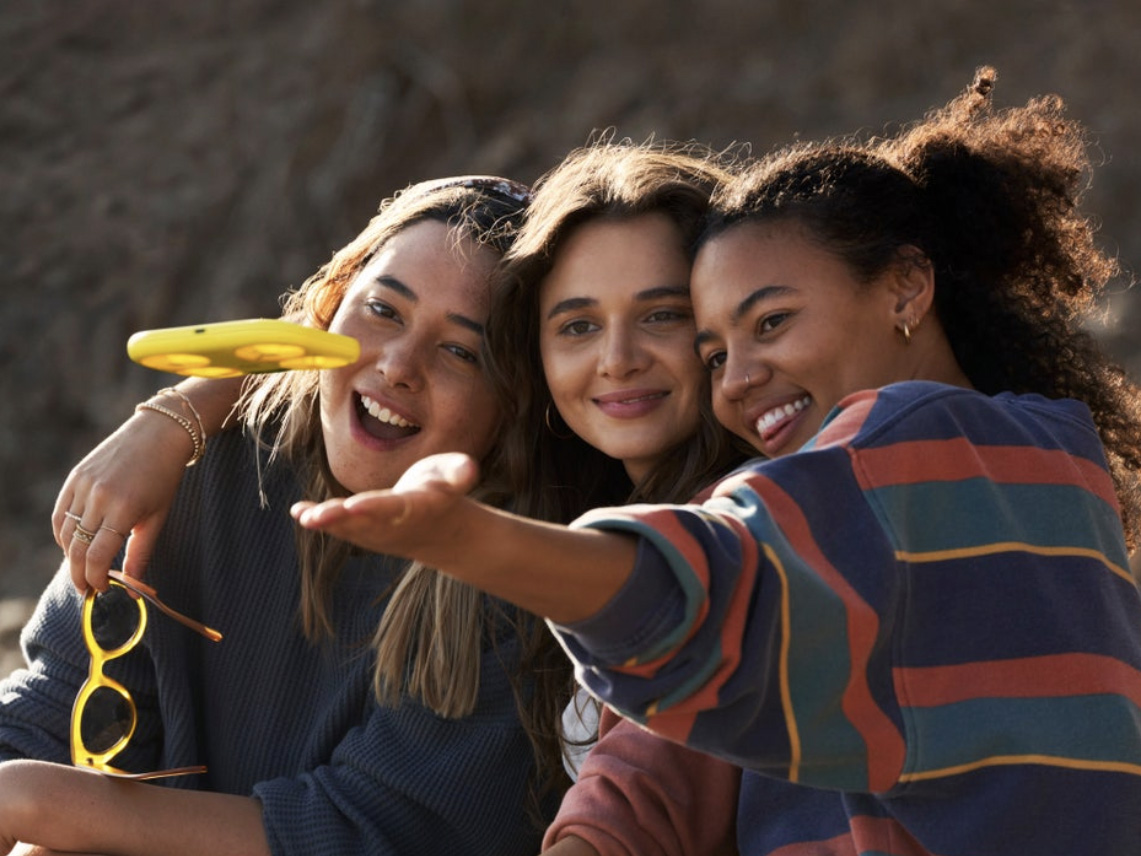 “Pixy is ready to fly at a moment’s notice. There are no controllers. There’s no complex setup. Simply set a flight path and let Pixy take it from there,” said Snap CEO Evan Spiegel during the social media platform’s recent Partners Summit.

The Pixy captures 2.7k videos and features a 12-megapixel camera. The drone weighs 101g, offers a replaceable battery and can last roughly five to eight flights on one charge.

Though undeniably cool, one of Spectacles most significant limitations is the fact that they only worked well within the Snap app. Though it hasn’t been confirmed yet, it appears that Pixy will likely be locked-down in a very similar way.