TekSavvy is reminding Canadians the federal government has until May 27th to lower their internet bills.

The internet service provider’s (ISP) ‘Pay Less to Connect‘ campaign features a doomsday-like timer counting down the minutes the government has left to speak on its petition to overrule an “arbitrary rate decision” by the Canadian Radio-television and Telecommunications Commission (CRTC).

“The federal cabinet can lower your internet bills. They decide by May 27, 2022,” the campaign’s home page says in big, bold letters.

An image of Bell CEO Mirko Bibic and Chairman Ian Scott is featured underneath. The image was captured after the CRTC released a decision saying larger telecom companies had to lower the wholesale internet rates charged to smaller competitors. The two met in an Ottawa pub in December 2019, the week after Bell filed an appeal to undo the ruling. The CRTC ultimately reversed its decision in May 2021. 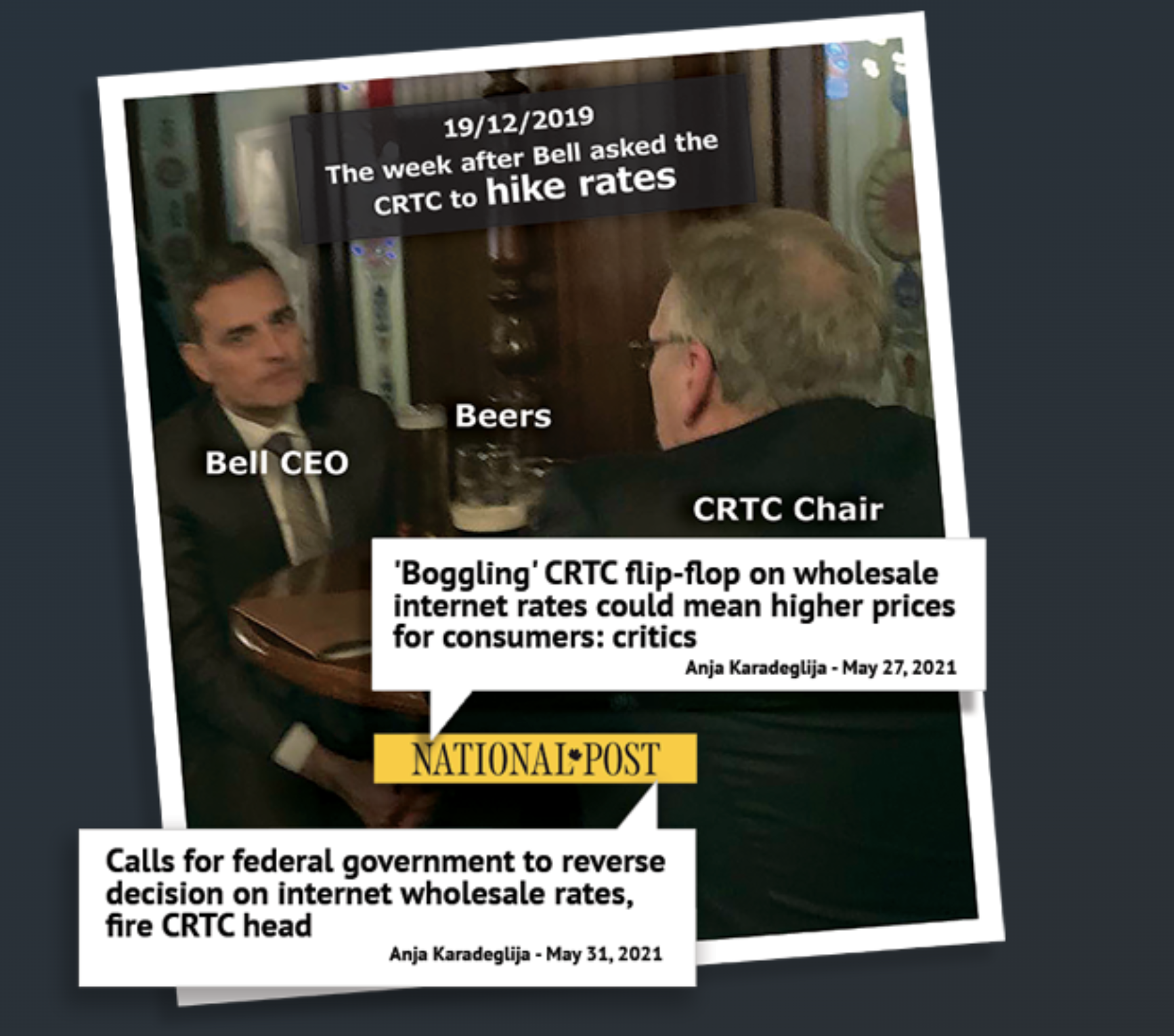 The image is featured on the campaign website. Image credit: TekSavvy/screenshot

The May 27th, 2022 deadline originated from a petition TekSavvy filed on May 28th, 2021, asking the government to overrule the CRTC’s reversal.

Scott defended his actions several times. His most recent comes from comments he made at the International Institute of Communications annual conference this week.

“It’s unfortunate that so much is attached to the title of the chair — I don’t make decisions for the Commission,” Scott said about the meeting. He noted 80 people advise on telecom-related issues. “The focus is a bit misplaced.”