Tête-à-Tête: Are you an app cheerleader?

Welcome to Tête-à-Tête, a series where two of our writers converse on interesting topics in the mobile landscape — through chat. Think of it as a podcast for readers.

This week, Douglas and Daniel chat about whether the apps they use are the best for them, or just the ones that they’re grown accustomed to.

Like Tinder, I’m conflicted about my continued use of Swarm, but for very different reasons. I don’t like Swarm. It doesn’t really provide me the utility or experience I had hoped it would. But I’m going to keep using it.

Why? Well, the immediate reason is that personally and professionally I’ve had a long relationship with Foursquare. I know a bunch of good people at the company, and they are currently attempting two difficult maneuvers: rebrand and refocus their core application, while launching a secondary app to appease dedicated users and keep the location data fresh. The results so far are hit and miss, but I can’t abandon them now; I’m emotionally invested.

Well, this got dark fast.

There’s another reason why I continue to use Swarm, but I we’ll get to it later. A few sentences ago, I talked about utility and experience, which are the main conditions on which mobile applications are judged. But I wake up to my phone, fall asleep to my phone, take it everywhere with me, and often prefer its glowing screen to interactions with real human beings in the meat space. There is an emotional investment, and it extends to the applications running on my phone.

I want to know if you share a similar emotional investment with any of the applications on your smartphone, especially if they’re not that great. Apps that you’ve been using since you first got a touch-enabled device, and that you keep using, not necessarily because you need to, but because they’ve always been there. 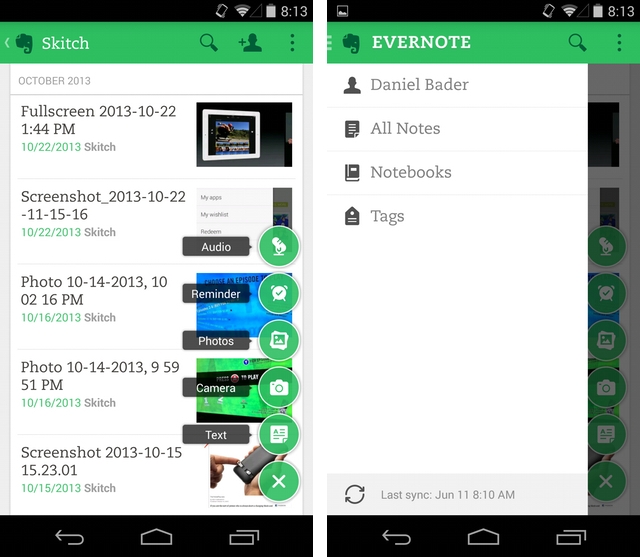 Daniel Bader: Doug, there are apps I use because I love them and apps I use because they have loads of my data and I can’t quit them now. Foursquare is one such app but, like you, I’ve had a difficult time transitioning over to Swarm for my check-ins. When the changeover happened, I questioned the value of that data to me; clearly Foursquare as a company has a vested interest in keeping us checking in, but as we’ve learned through this transition, it’s not necessary where you go that matters but what you do when you get there.

For a time, when checking in was vogue, I tried them all: Foursquare, Gowalla, even Yelp. None of them stuck. I tend to do the same thing with all app categories, especially ones that encompass productivity. Over the years, I’ve used almost every cross-platform task manager one can imagine, from Wunderlist to Todoist to Google Tasks, Any.do, Anylist and others. Hell, if you search “to-do” on Google Play you find thousands of apps with near-identical checkbox logos and qualities.

Evernote has really been the only productivity app I’ve returned to, year after year, even as quantifiably better alternatives cropped up. The instant synchronization feature for multiple content types, from text to checklists to article snippets to photos, complements my workflow.

Lots of people have “bad” apps that they continue to use. My favourite one to point out is WhatsApp; everyone has it despite the presence of far better alternatives. That it’s tied to a single phone number prevents cross-platform functionality, and it doesn’t do anything demonstrably better than Kik or BBM — it’s just on more devices. Do you even WhatsApp anymore, Doug? 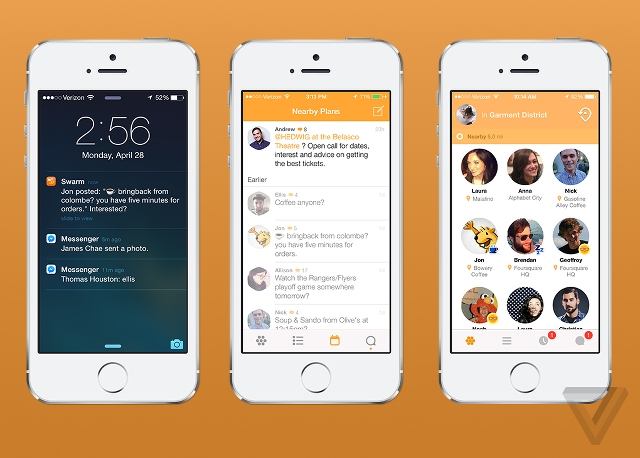 Douglas: Well, this got dark fast. It seems as though the emotional connection you have with your apps is a bizarre Stockholm Syndrome after years of data blackmail. I don’t use WhatsApp much any more except for a few friends and family living internationally, but I also have a tense relationship with Evernote, which seems less like a viable solution and more like a trap itself with each update.

As a said before, there’s a second reason why I continue to use Swarm. While Swarm has yet to deliver on its (and Foursquare’s longterm) vision, I still believe in that vision. So I’ll keep using it, offering feedback when I can, and hoping one day they get it right – because if they get it right, then it’s an app I really want to use.

Are there any apps that you are a cheerleader for? Maybe they’re a little rough around the edges, or maybe they just need help getting the word out. Perhaps they’re like Swarm and you just believe in their potential. There’s got to be one or two bad apps that you love that you’re hoping become good apps you’ll love.

Daniel: Ahh, the bad apples. I guess I’m reticent to admit that I spend any time at all inside “bad” apps, because I try to find adequate replacements for them. But certain ones — ones that offer no viable alternative — those are the ones I loathe. Starbucks is the best example of this, with the Tim Hortons app (sorry, Ian) following closely behind. They’re both ugly, slow and extremely unreliable, but neither company offers an open API for developers to allow payment in other apps. Starbucks promised an Android redesign months ago, but even it’s overhauled iOS app looks like a reject from the “UX for Dummies” pile.

While Swarm has yet to deliver on its vision, I still believe in that vision. So I’ll keep using it.

I also have a love-hate relationship with TD’s banking app, which does the job but is little more than a web view behind a username and password. I often think about changing banks just because the competitors offer a better banking solution. I also have a love-hate relationship Instagram, especially because it hobbles Android photo quality, but continue to use it because all of my friends post incredible photos.

But let’s talk more in general, because these are specific use cases. I have an emotional investment in services, not just apps. I try to find the right ones to complement my workflow and improve my life. From productivity to music to social networking, I tend to avoid ones that show too many ads (Facebook) or have wobbly designs (Spotify and, until recently, Evernote). I keep a pretty simple phone and a very austere home screen; I want as little cruft as possible.

I suppose I feel locked in most by Google’s own services, the ones that purport to improve but haven’t for quite a well. Gmail for Android is just not a nicely-designed mail client, but provides a far better holistic experience than any third-party app like Mailbox or CloudMagic. I tend to stick to official apps because those that designed the back-end architecture likely have better more thorough access to those features in the front-end. I’m looking at the official Twitter app, which I despise, as an example. Third-party Twitter clients like Tweetbot on iOS, Talon and Falcon on Android, are faster and so much better-designed than the official versions, but lack important features like true search or, for the Android clients, push notifications.

There’s something to be said for loving and using “bad” apps, though, and I appreciate you admitting your shortcomings as an optimistic, naive phone user. I do hope that Swarm figures out its place in the universe because, as you said, the people behind the company are great. But I once had similar hopes for Path, and that company sold your contact list to some third-party advertiser and left you with a shell of a social network. So, there’s that.