Jetpac, a San Francisco-based app that analyzes public Instagram photos to provide recommendations for travellers, has announced that it has been acquired by Google.

The news was revealed via a notice on the Jetpac website that said all of the company’s iOS apps would be pulled in the coming days. Jetpac will be stopping support completely on September 15. Jetpac City Guides covers more than 6,000 cities and the company also has an iOS app called Spotter for object recognition. It’s other app, Deep Belief, allows users to teach their phones to recognize any object. 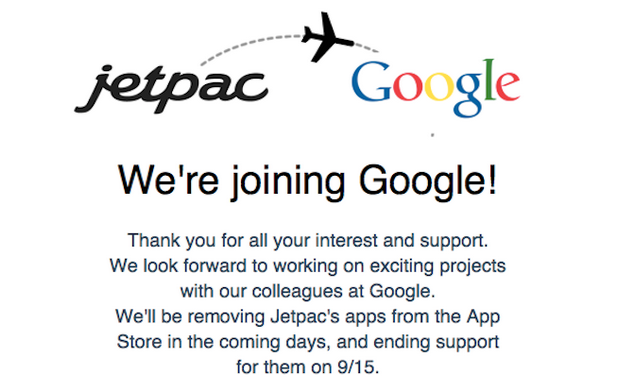