One year later, Microsoft’s HoloLens is ready to shine

It’s amazing what a difference a year makes.

That’s the sentiment I hear from almost every other journalist leaving the HoloLens hands-on session I just took part in.

As this is my first Build conference, I can’t comment on the difference between this year’s demo and the one that came before it. But one thing is clear: what Microsoft showed off this year was impressive. 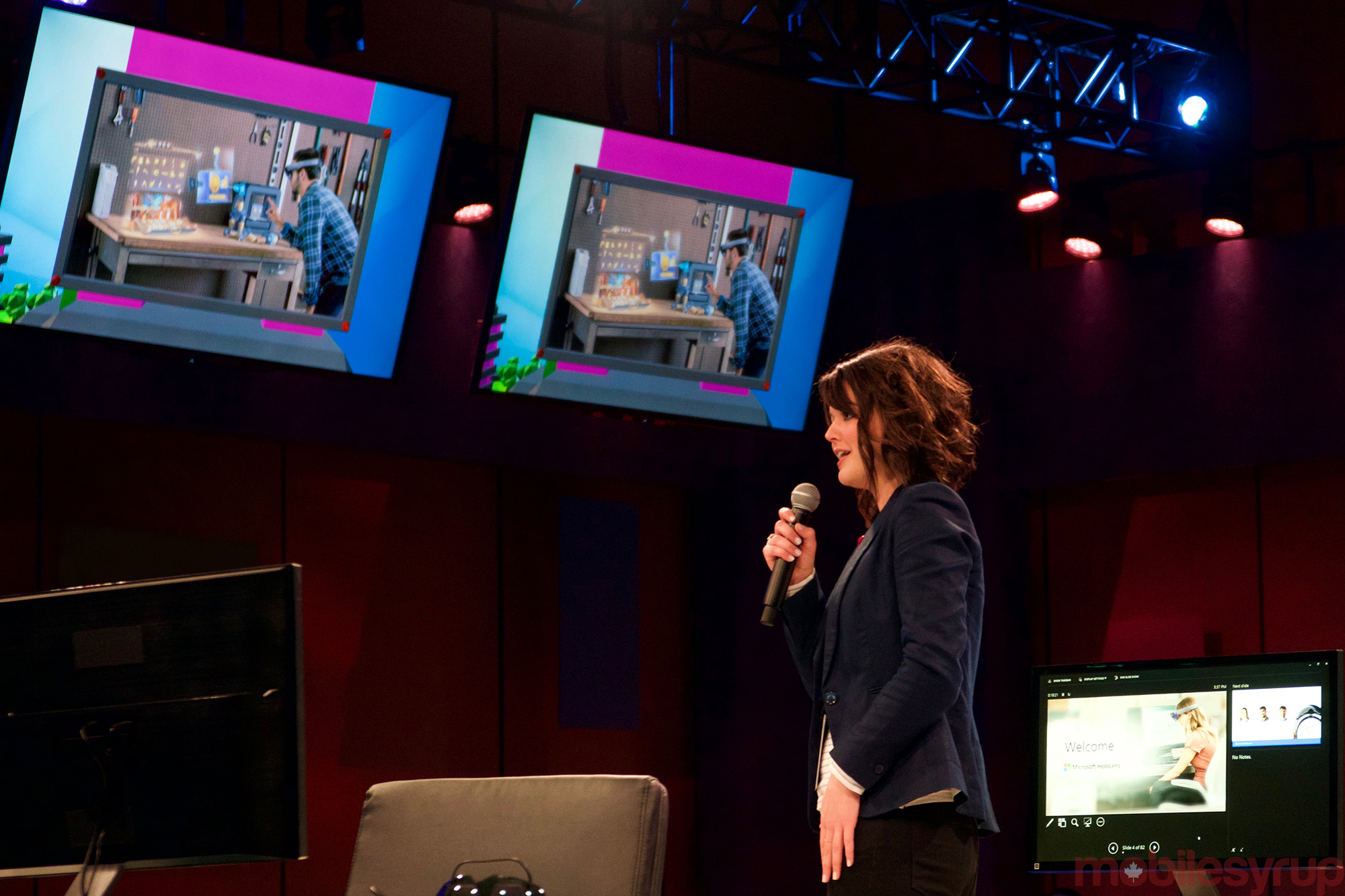 Certainly, some of the issues levied against the company’s augmented reality headset in the past were still readily apparent during my time with it. If you’ve read a HoloLens hands-on before, then you’ll know it has an exceptionally limited field of view, requiring the user to move their head around a lot to accomplish any single task.

That limitation still exists, even after the device has had an additional year to mature in Microsoft’s labs. However, even wrinkles and all, it’s easy to imagine how HoloLens has the potential change so many different industries.

This being a developer conference, Microsoft did the smart thing and let all the journalists play at developer for an hour. I’ll be honest here, I wasn’t actually writing code, but using Unity, a multi-platform development kit for creating games, several pre-written scripts and Visual Studio, I created my own demo, one that got more complex (and more impressive) as time went on. 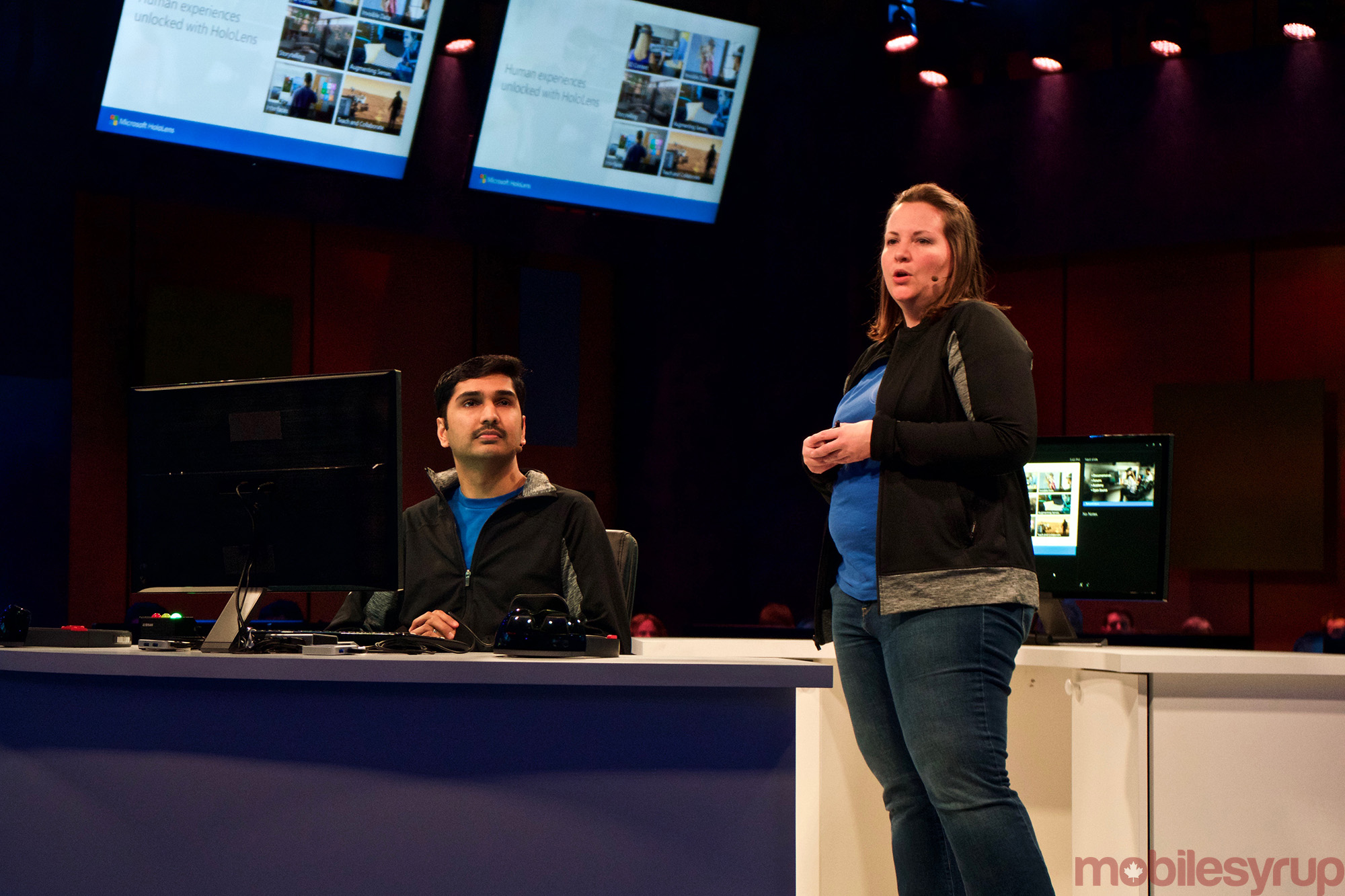 At first, the demo was simple. I essentially created a holographic projection that could be placed anywhere in the room where the hands-on was taking place. Later, however, things became interesting.

Using the device’s WiFi module, my HoloLens became linked with the headsets worn by four other journalists – we then each selected different versions of an avatar called Poly. Essentially a digital parrot (someone with a deep appreciation for dad jokes at Microsoft likely came up with the name), Poly would stick by their owner’s head and copy their movements.

When someone tilted their head, for instance, the Poly beside their head would likewise tilt with them; when that person began to jump, Poly would jump with them as well. Seeing four Polys simultaneously mimicking the movements of their owners was not only impressive, it brought forth visions of the collaborative apps clever developers could create in the future. At this point, I was ready to leave the Moscone Center to start writing my hands-on, but Microsoft had one last demo to show us. Using Unity once again, the company’s HoloLens developers helped us add a physics component to our demo. Now, with a tap of our index finger and thumb, we could shot balls of energy at the other Polys floating around the more.

More interestingly, we could bounce those energy balls off the ground and other objects in the environment. When you first put the headset on, it maps out the surrounding area around you, allowing it to make precise physics calculations. At this point, I felt like I was in an episode of Reboot, which I pointed out as much to one of my handlers from Microsoft and completely lost them — admittedly, it was perhaps too Canadian of a reference. 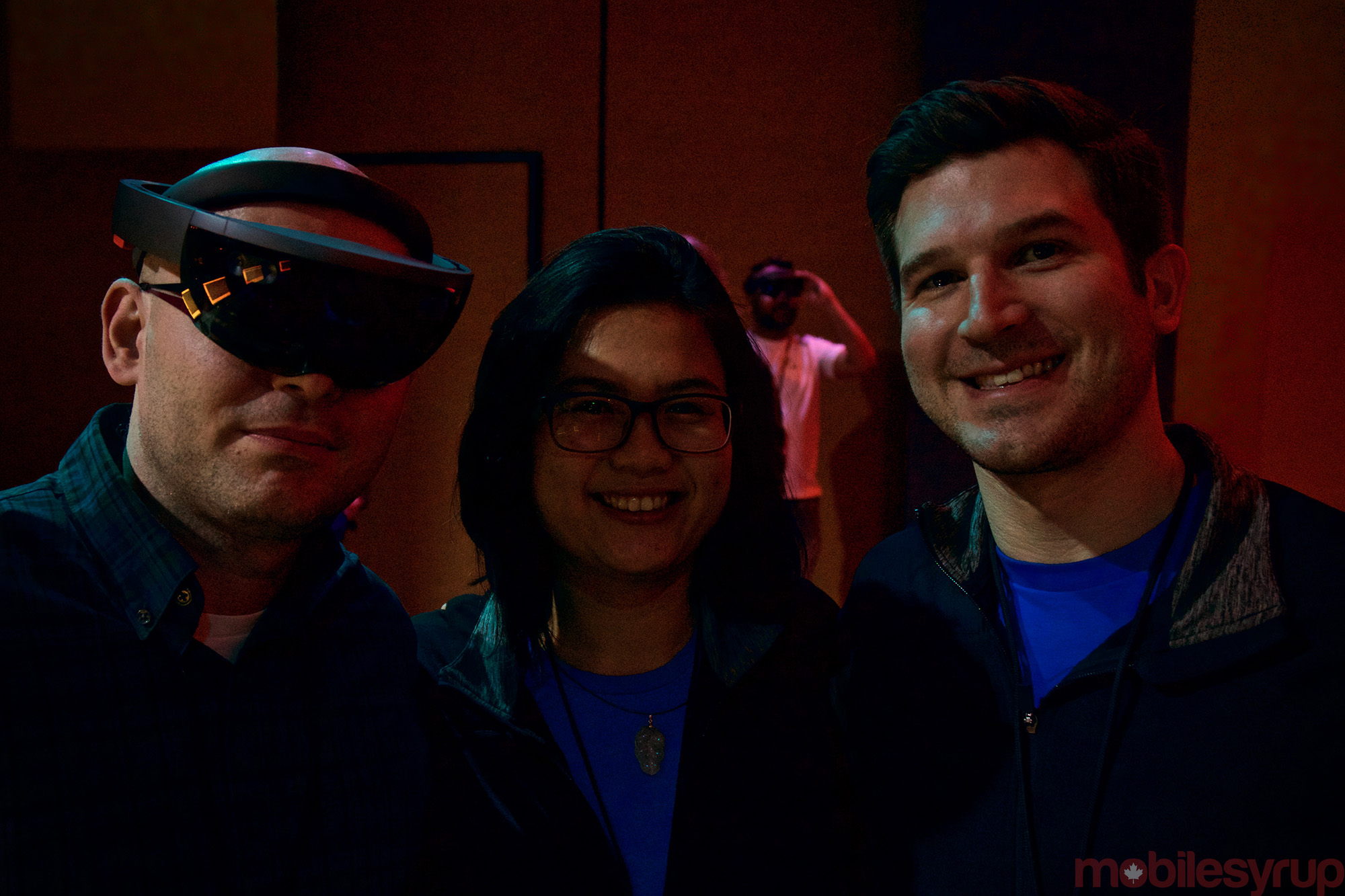 At this point, the demo was over, but in allowing me to take part in the creation process, the hands-on made one thing clear. Hardware is certainly important, but it’s the experiences developers create with these devices that ultimately determine whether a particular one is of use to a person.

Neither the original iPhone nor the early Android phones to come out on the market were perfect, but someone started making apps that made them indispensable to us. With HoloLens starting to ship to developers this week, including ones in Canada, it’s easy to see how with just a bit more time, HoloLens, too, could become an indispensable tool for a bunch of people.

After all, it’s amazing what a difference a year can make.