The report examined 135 countries in total

Canadians will spend an average of $58,000 on broadband over their lifespan, according to a recent study from MoneySuperMarket.

The study examined the cost for 135 countries and based life expectancy on the global average of 72 years. Canada lands at 103 on the list, which shows residents will spend an average of $67 a month on the service. Out of the countries examined, only 32 countries charge residents more for internet access.

While this information isn’t new, the analysis adds fire to the longstanding problem Canadians have been complaining about for years. 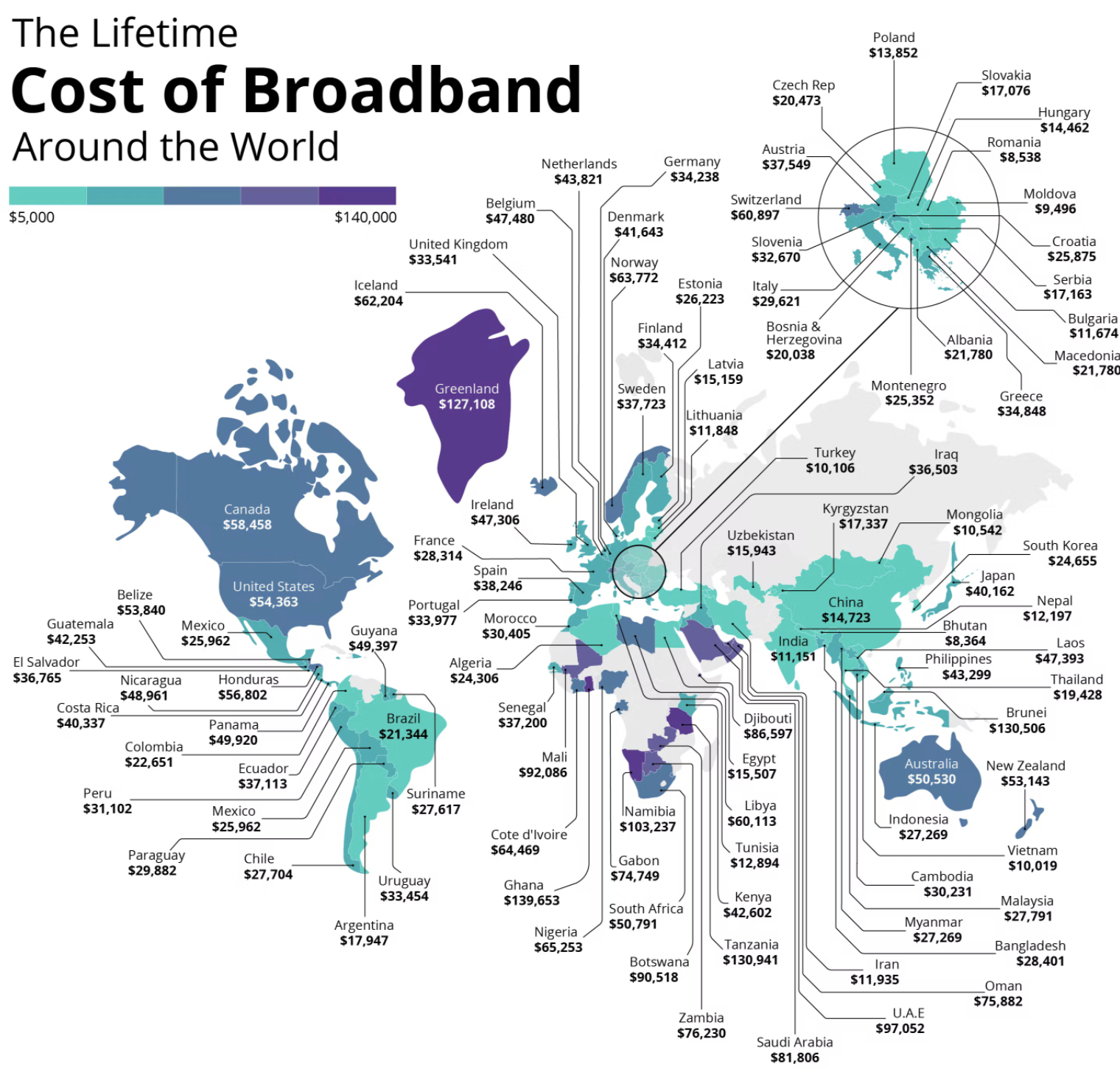 Any relief on the matter has been short-lived. While the Canadian Radio-television and Telecommunications Commission (CRTC) lowered wholesale rates larger carriers can charge internet service providers (ISPs) in August 2019, they reversed the decision in May 2021. The CRTC said the decision was erroneous.

ISP TekSavvy has been working on getting the federal government to order the decision to be reversed. Their ‘Pay Less to Connect‘ campaign asks Canadians to remind their MPs to speak on the petition they filed a year ago. The campaign states the government has until May 27th to address the petition.

But why is Canada in this position? One answer comes from examining the countries with some of the highest internet rates. Brunei, for example, offers the third most expensive internet over on MoneySuperMarket’s list.

“While Brunei has great infrastructure, a lack of competition in the market keeps prices disproportionately high,” the study states.

The same is true for Canada. While there is good infrastructure, the lack of competition, with a market larger controlled by Bell, Rogers, and Telus, makes accessing cheaper internet difficult.